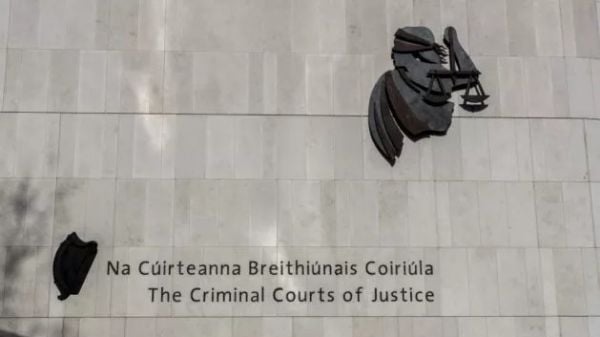 A man who subjected his ex-partner to a “humiliating” assault which left her badly bruised has been sentenced to 20 months in prison.

Sentencing Redmond at Dublin Circuit Criminal Court Judge Martin Nolan said Redmond had treated his former partner in a “humiliating way” and subjected her to a “serious assault”.

The couple have a young child and their eight-year relationship ended before this incident took place. The victim later withdrew her statement to gardaí and did not make a victim impact statement.

Redmond is currently serving a two and a half year sentence for burglary at the same victim’s home during which he assaulted her.

Defence counsel told Judge Nolan that the victim had also withdrawn her statement in relation to the previous incident, but had made a victim impact statement at the time saying she wanted to move on.

A garda witness told the court that on February 15th, 2020 the victim had arranged to go out with friends. She received messages and calls from Redmond before and during the night out.

After she returned home with a male friend and a female friend in the early hours of February 16th, 2020, Redmond rang the buzzer of her apartment building. She let him in as she was afraid he might kick the door down.

Redmond pushed his way into the apartment, opening doors and shouting. He then saw her friends in the sitting room and started to shout at the male friend.

Redmond put his hand in his pocket as if he was armed. The male friend then left the victim’s apartment, but the female friend remained in the sitting room.

The victim tried to intervene and told Redmond they were no longer a couple. He then hit her on the head and shouted “where’s my baby?”.

Redmond subsequently opened the balcony door and threatened to throw the victim off. She tried to get away, but he had removed the inside handle from the door.

She managed to put the door handle back and escape, but was pursued by Redmond. The victim managed to fight him off, but he punched her face and grabbed her hair.

The victim ran to her mother’s house where gardaí were called. She was upset and in fear, the court heard. The victim suffered bruising to her face and was sore all over, however, she did not go to hospital.

Her female friend was upset and distressed when gardaí arrived at the apartment.

A forensic analysis found nails worn by the victim around the apartment, which had been lost as she fended off the attack. Redmond was arrested later that day but made no admissions during interview.

Defence counsel said Redmond and his former partner are getting along for the sake of their young child and there had been no violence during their relationship.

Redmond was also extremely intoxicated on the night in question and had taken cocaine, his counsel told the court.

He has been dealing with addiction issues since he was a teenager, but has gone cold turkey from drugs while in custody, the court heard. Redmond is on an enhanced prisoner regime since going into custody.

Judge Nolan said aggravating factors in this case include that the defendant had forced entry to the apartment of his former partner. He had also previously assaulted her.

He noted that Redmond had been extremely intoxicated on the night and the couple seem to be getting on well since then.

Judge Nolan set a headline sentence of three and a half years, which he reduced to 20 months with the mitigation into consideration.