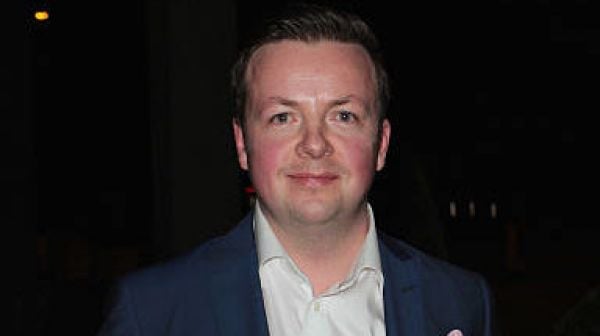 Accumulated profits at the entertainment firm owned by satirist and impressionist Oliver Callan last year increased to over €1.573 million.

New accounts show that Callan’s Catchy Title Ltd enjoyed a buoyant 2021 after recording profits of €154,803 despite the Covid-19 impact on the entertainment business.

Callan is a regular stand-in on RTÉ for Ryan Tubridy and also earns income from stand up shows along with his own productions for RTÉ.

During April and May, Callan completed an 18-date tour of the country culminating in a show at the Bord Gais Energy Theatre in Dublin

The dates were rescheduled from earlier gigs that were cancelled due to the pandemic.

The profits for 2021 and 2020 are lower than profits in pre-Covid periods but show that Callan has been able to weather the Covid-19 impact that decimated the live entertainment industry for almost two years.

Callan was able to insulate his business from the Covid-19 pandemic impact with RTÉ commissioning four hours of Callan Kicks The Year for TV in 2021.

A journalism graduate from DCU, the Co Monaghan man earned his stripes on his “Nob Nation” sketch on the Gerry Ryan Show on 2FM and has been producing his highly popular “Callan’s Kicks” show for RTE for many years.

The broadcaster set up the company in 2012 to capitalise on the lucrative earnings from his comedy.

The multi-award winning impressionist is well known for his Leo Varadkar, Donald Trump and Michael D Higgins impressions while Marty Morrissey and Eamon Dunphy also feature in his performances.