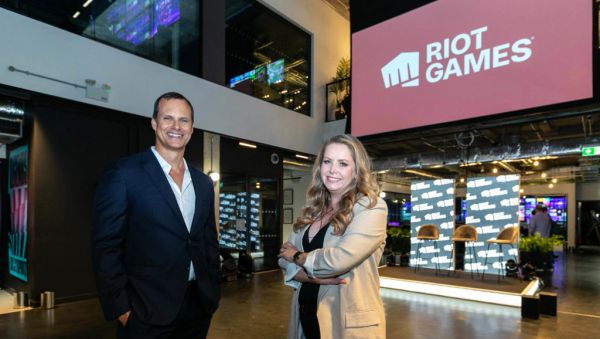 A total of 120 jobs are being created in Dublin as part of an €18.5 million investment by gaming company Riot Games.

It has opened a new Remote Broadcast Centre in Swords, adding to the 165 people it already employs in Ireland.

The Esports giant has transformed the former Wright Venue nightclub into a broadcasting hub equipped with six control rooms.

Riot is best known for creating the Esports behemoth League of Legends as well as the first-person shooter game Valorant.

It said the investment will increase capacity for Riot’s Esports content and events while also lowering operational costs, and ensure top-tier quality and consistency across all Esports productions, delivering a best-in-class viewing experience to 145 million fans around the world.

It is part of what the company calls Project Stryker, which will employ a further 120 people in addition to its 165 employees already in Ireland.

The Esport industry is expanding rapidly, with current projections that the sector will hit almost €1.7 billion in 2022.

Speaking about the announcement, John Needham, president of Esports at Riot Games said: “This is truly an exciting day for Riot Games and the future of Esports.

“Project Stryker has come a long way from a visionary concept three years in the making, to this incredible state-of-the-art creative space that further extends Riot’s footprint in the city and showcases the deep ties to entertainment and innovation found in Dublin.”

Three years in development, the facility will act as a central broadcasting hub for both regional and global live Esports productions across Riot’s trio of Esports titles: League of Legends Esports (LoL Esports), Valorant Esports, and Wild Rift Esports.

Broadcast feeds from live Esports competitions happening around the world can be sent to the Dublin RBC where the content is produced, broadcast, and distributed in multiple languages.

Ireland is the first of just three global locations chosen by Riot Games as the location for Project Stryker.

The Remote Broadcast Model offers efficiency in terms of lower operational costs and guarantees a standard of broadcast quality across all content. Under a “follow the sun” approach, the RBCs will facilitate the production and broadcast of Esports content 24 hours per day, seven days per week.

Content is edited in real-time, and each broadcast is also translated into the local language, depending on the country to which it is being broadcast.

Allyson Gormley, general manager, Project Stryker said: “Dublin is now at the forefront of a new frontier and the team will be part of an exciting new chapter in live broadcasting. Our always-on 24 entertainment broadcast model reflects the changing needs and desire of audiences”

“Dublin is an ideal location to support this growth-with an exceptional talent pool, ease of doing business and key strategic position making it the perfect hub for the first of the Riot Games trio of RBCs.

“The skills required as part of the Esports industry are many and the creation of 120 plus roles in Dublin, adding to our existing workforce, reflects the commitment of Riot Games and Project Stryker to Ireland.”