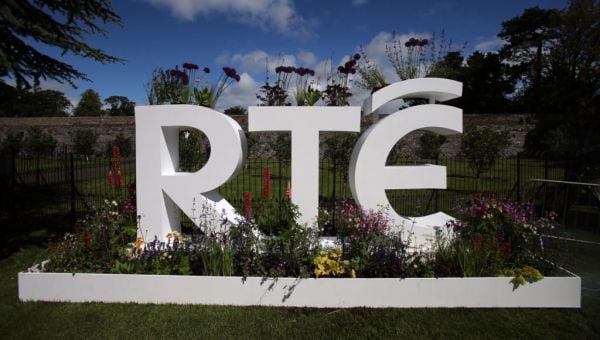 A number of RTÉ Credit Union members are to receive a potential reimbursement which may cost several million Euro due to issues with consent around its monthly prize draw.

The Member’s Prize Draw was suspended in April last year after issues were detected in relation to records which may not have had members’ consent to withdraw subscriptions over an 11-year period from May 2010 to April 2021.

On average, it is estimated that each member, affected by the issue over consent, could receive a reimbursement of up to €1,000 for the entire 11-year review. It remains unclear as to how many of the 4,630 Credit Union members are to be reimbursed and are included in the prize draw.

Exact member numbers to be reimbursed has not been disclosed by the Credit Union Board.

Writing to some of its 4,630 members, the Board of Directors said it was engaged in a review of its policies and procedures, including those relating to the Members Prize Draw.

The issue came to light following an internal audit review, and a question arose regarding whether it had the appropriate consent of members to be included in the prize draw.

The board of directors then decided to suspend the draw with immediate effect for the duration of the review saying”contributions from Shares to the Members’ Prize Draw will not be processed until the draw resumes.”

Two letters from the Credit Union Board were issued this week informing members they were to be reimbursed any subscriptions which were not consented to.

In the first letter to current and past employees dated July 15, Denis Foley Board chairman said: “Our prize draw is governed in line with our rules and policy framework.

“One such rule provided that the credit union must obtain written consent that the member wishes to participate in the draw, and in so doing, authorise a contribution to be deducted from their account. Unfortunately, we do not have written consent in respect of the deductions of some members.”

The letter continues; “The Board of RTÉ Credit Union has decided to repay both current and past members for whom we do not have written consent, all prize draw deductions from May 2010 to April 2021. This is being done following extensive discussions and meetings with our consultants, our auditors, legal advisors and the Central Bank. Affected members will be notified individually. We hope to relaunch a refreshed and revitalise prize draw once the refund process is concluded.”

In the second letter July 19th, which arrived to Credit Union members on Wednesday from the Board they say: “This refund process has commenced and you will note that, as one of the affected members, your account will be credited the aggregate refund as set out.”

Initially when started, the monthly prize draw included a carto the value of several thousand Euros which was revised downwards over time.

The process to resolve the prize draw matter has led to the delay for RTÉ Credit Union in holding its 2020 and 2021 Annual General Meetings. The Board, the letter continues, hopes to hold both AGMs at the same time before the end of the year, the letter adds.

Last year, RTÉ Credit Union, said it was adequately capitalised at €13 million, with reserves at 15.6 per cent of assets, and assets of €86 million.

“We are a financially strong and stable credit union”, the statement continued, noting that savings continue to be guaranteed by the Government Deposit Guarantee Scheme up to €100,000.

Mr Foley said at the time that an internal auditor’s review had identified gaps in records of members’ consent to deduct the participation fee in the draw.

“We cannot continue with the draw until those gaps in our records have been corrected.Please let me reassure you: there is no question of any impropriety, and all prizes have been fairly awarded to randomly selected winners.”

RTÉ was contacted for comment and a spokesperson said that the Credit Union was independent of the authority which governs broadcasting.