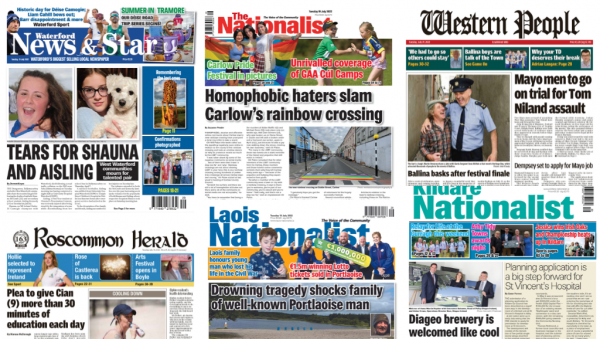 A planning application submitted to develop a 92-bed unit in St Vincent’s Hospital in Athy, and homophobic comments over a rainbow crossing in Carlow feature on this week’s front pages. While communities grieve over the tragic death of a Portloaise man who died in a swimming accident in Portarlington, and the deaths of a school girl and a midwife in Waterford.

On the front page of The Nationalist, a local councillor has called out homophobic, abusive and offensive online comments about Carlow town’s new rainbow crossing. Cllr Will Paton said the comments only “scratch the surface and there are still a lot of homophobic attitudes out there and a lot of comments on social media are not acceptable”. 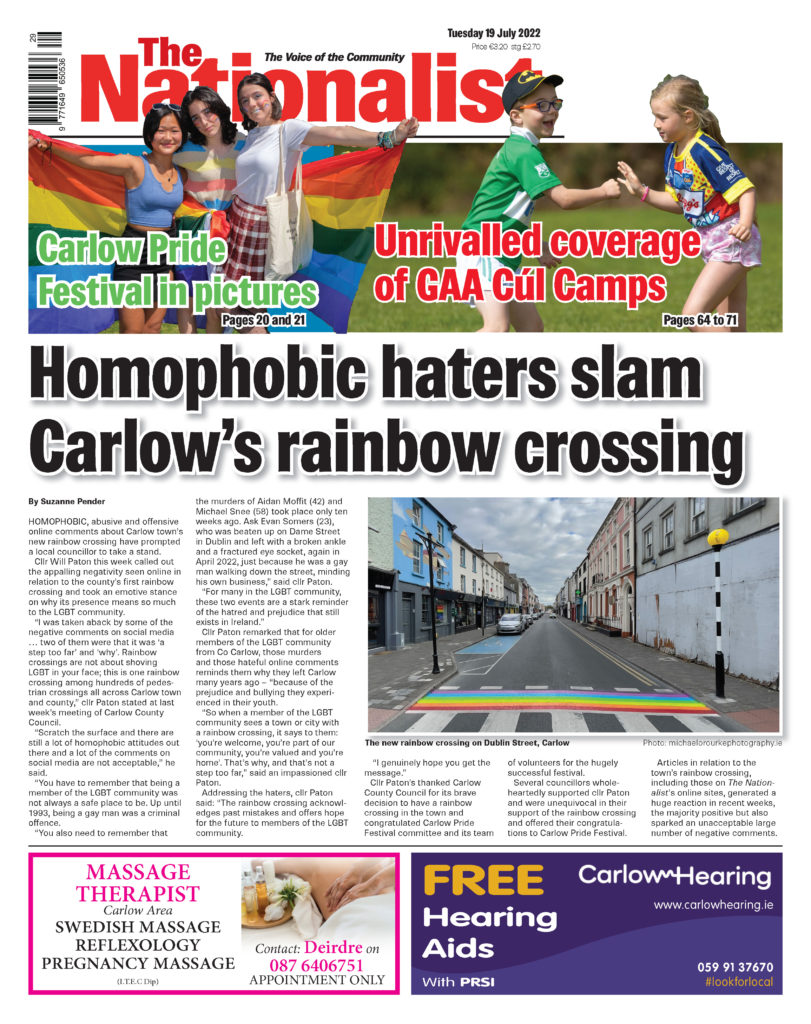 The Kildare Nationalist reports Diageo’s plans to build a new €200 million brewery in Littleconnell. The parent company of Guinness will produce drinks such as Hop House, Smithwicks, Rockshore and Harp and will be Ireland’s first purpose built carbon-neutral brewery. It also reports that a planning application has been submitted to Kildare County Council to develop a 92-bed unit in St Vincint’s Hospital in Athy. 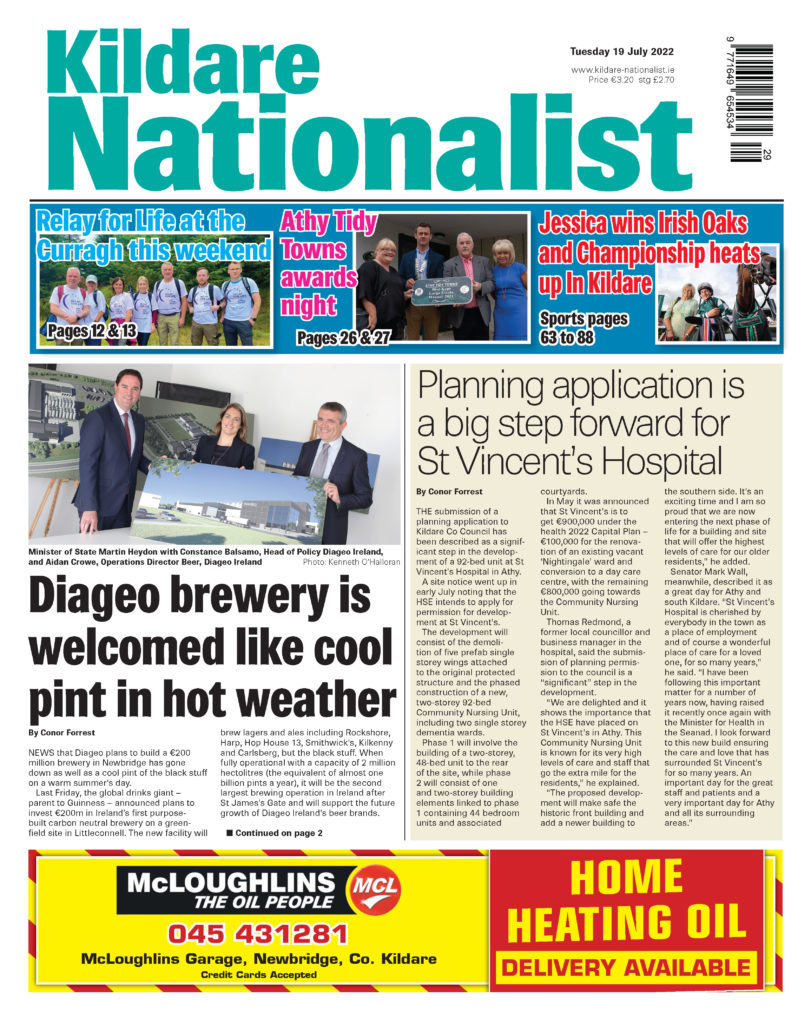 The Laois Nationalist reports the tragic death of Portlaoise man Michael Timmons, who died in a swimming accident in Portarlington on Saturday. It also reports that the €1.5 million lotto ticket was sold in Portlaoise. 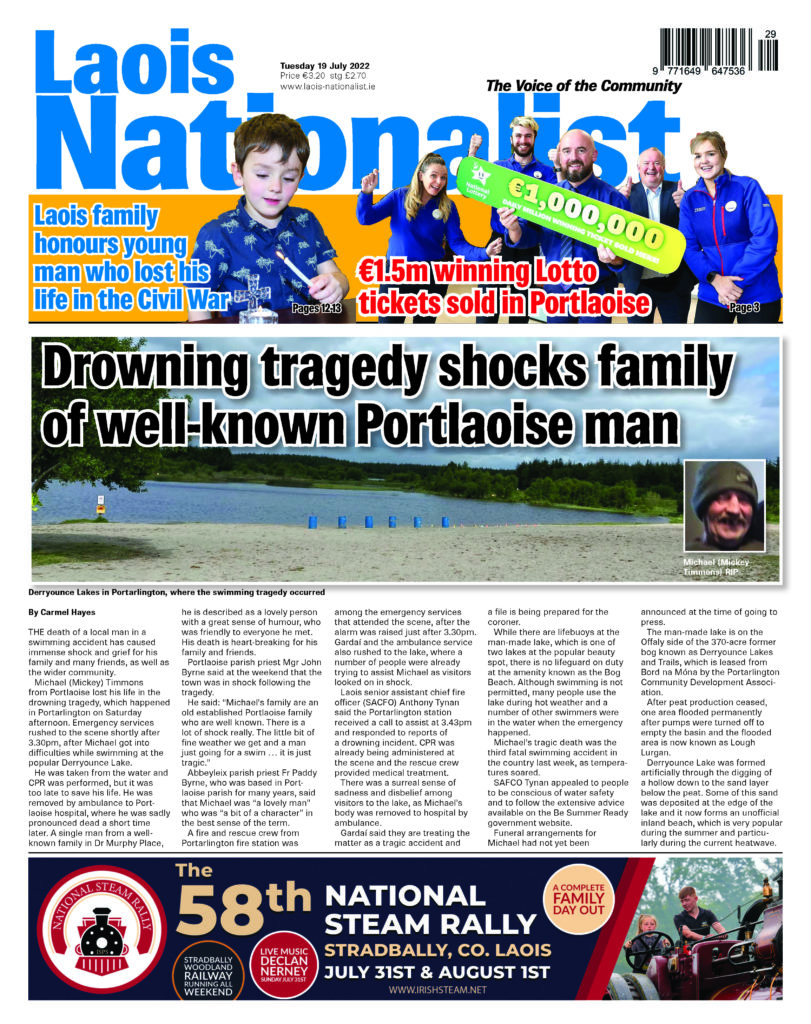 The Waterford News and star report the tragic deaths of midwife Shauna McGrath and secondary school student Aisling Kennedy. Shauna died in a road traffic collision at Faha near Kilmacthomas on Tuesday. Aisling was struck by the wing mirror of a van while getting off her school bus in Ballymacarbry on Thursday. 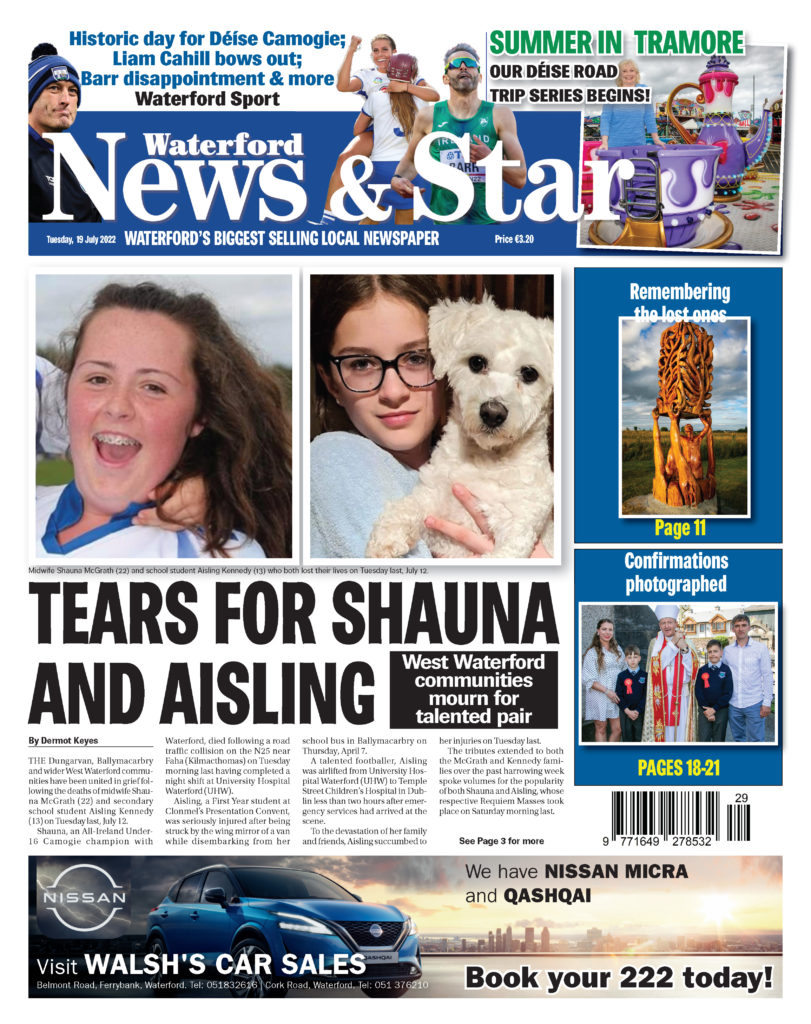 On the front page of the Roscommon Herald, the mother of a nine-year-old with down syndrome is calling on the Department of Education to reverse a decision not sanction a special class for children with complex needs. The pupil will only receive 3o minutes of education per day when the school reopens in September. 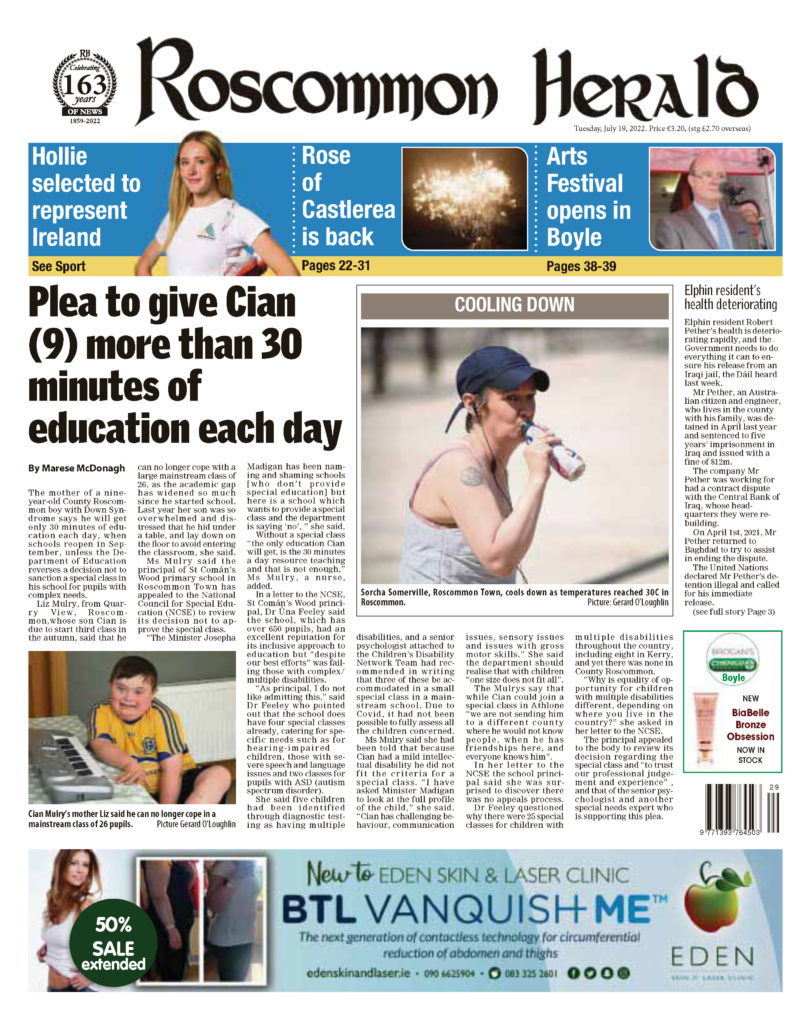 The Western People report that two Mayo men accused of assaulting west Sligo pensioner Tom Niland have been sent forward for trial. While Raymond Dempsey is set to allow his name to be put forward for the vacant Mayo senior football manager’s position. 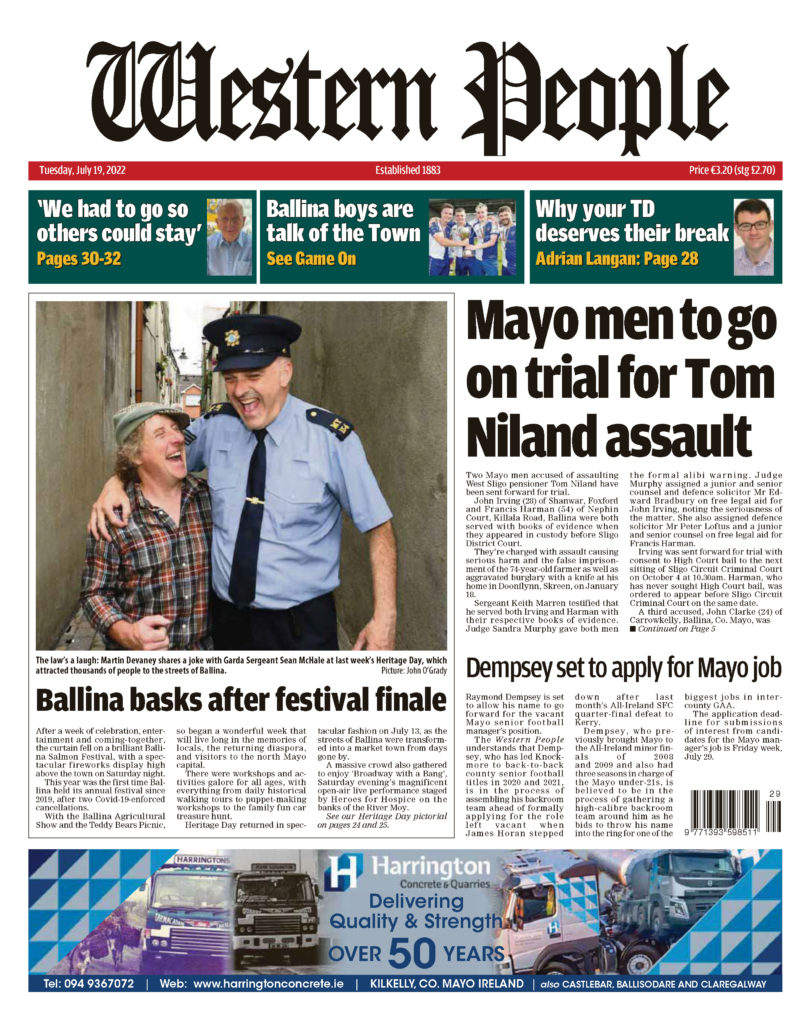