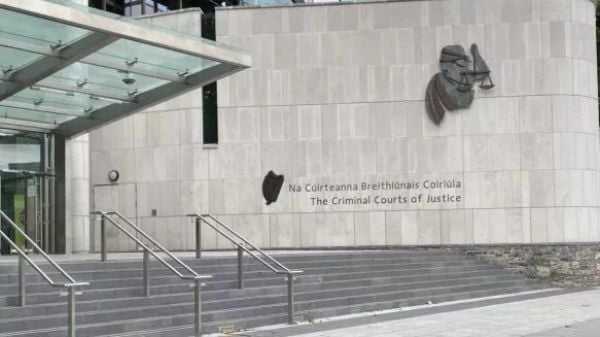 A young woman will be sentenced next week after she admitted having a knife in her possession outside Blackrock Garda station on three occasions. Alina Buckley (19), who was experiencing severe mental health difficulties at the time, was also abusive towards gardaí during these incidents.

Buckley of Trimleston Gardens, Booterstown pleaded guilty to possession of a knife at three locations in the vicinity of Blackrock Garda station on January 20th, 2020, February 1st, 2020 and May 15th, 2020

She also pleaded guilty to a count of threatening behaviour at Sweetman’s Avenue, Blackrock on April 10th, 2020. Buckley has eight previous convictions, including two for assault.

Judge Orla Crowe said at Dublin Circuit Criminal Court on Wednesday that Buckley had been experiencing significant difficulties at the time, but had also caused issues for gardaí.

Garda Morris and a colleague went outside to carry out a welfare check, but Buckley did not initially interact with them. She became abusive when gardaí asked her to leave the area and told gardaí she was carrying a knife.

The defendant had a steak knife in one sleeve of her jumper. It was dropped and kicked away by gardaí, who arrested Buckley who was kicking her legs and shouting abuse.

Garda Morris agreed with defence counsel that Buckley was 17 at the time of this incident and had been dealing with mental health issues. Buckley was adopted from a Ukrainian orphanage at 16 months old.

Victim impact statements were handed into the court from Garda Morris and her colleague, Garda Janine Jordan. Both said the incident increased their awareness of the need for caution and expressed their relief that no one had been seriously injured.

She initially refused to speak with gardaí, then told them she was armed. Buckley did not cooperate with gardaí when they arrested her. A razor blade was found in her pocket.

Buckley was spotted by gardaí on Sweetman’s Avenue on April 10th, 2020 at 10.45pm. She told gardaí she had a sharp stone and was going to use it. Buckley became abusive when asked how she planned to use the stone. She lashed out and had to be restrained.

The defendant was later seen by gardaí running on Main Street away from Blackrock Garda Station on May 15th, 2020 at 10.30pm. She threw away an object, which was found to be a steak knife.

Garda Whelan agreed with defence counsel that gardaí were concerned for Buckley’s welfare and called a doctor. She confirmed Buckley had spent time in custody and no new charges had been brought since her release in November 2021.

She had spent nine months in custody and this had acted as a catalyst for her to engage with appropriate services to address her mental health.

After a period of homelessness, Buckley is now living with her parents, who were present in court. Judge Crowe adjourned sentencing to July 29th for finalisation.