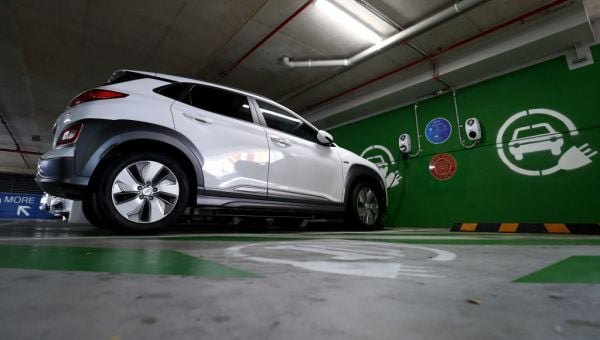 All homeowners can apply for grants to install electric vehicle (EV) charging without having to prove ownership of an EV.

The move is part of efforts to rapidly expand the State’s recharging infrastructure.

As part of an expanded grant systems for EV charging points, there is also a new apartment charging grant, aimed to make it easier for people who live in apartments and multi-unit dwellings to charge electric cars.

At present the home charging point grant covers up to €600 of the purchase and installation of charging units. However, from September the grants will only be available to so-called Smart Charger units.

Among the other changes to promote EV usage is a new trial for commercial fleets, which allows businesses test an EV free of charge for at least three months.

Meanwhile, for sports clubs, there will be new funding to install a network of publicly accessible chargers for members and visitors.

With motorists increasingly moving to electric vehicles, changes to the grants system are aimed at encouraging home charging rather than a dependency on fast or rapid charging hubs.

That model is in line with other States where EVs have become increasingly popular, and with the auto industry which has said that home charging is the best way to maintain the long-term range of EV batteries.

The office will focus on managing the grants system for EVs, with a particular focus on addressing infrastructure concerns. It is headed by Aoife O’Grady from the Department of Transport and will have roles in setting EV policy and strategy, infrastructure support and communications strategies.

According to the Minister for Transport, Eamon Ryan the new office will be “charged with supporting consumers, the public sector and businesses to continue to make the switch to electric vehicles and to lead on the delivery of our ambitious target under the Climate Action Plan 2021 to have 945,000 electric vehicles in the Irish fleet by 2030″.

“We are already seeing that there is an appetite for this switch with the increases in the purchase of electric or plug-in hybrid vehicles over the past year. I hope that the grants and initiatives we are launching today, along with Zero Emission Vehicles Ireland, will make it easier for people and businesses to continue to make the switch and then to be able to charge their cars, no matter where they live.”