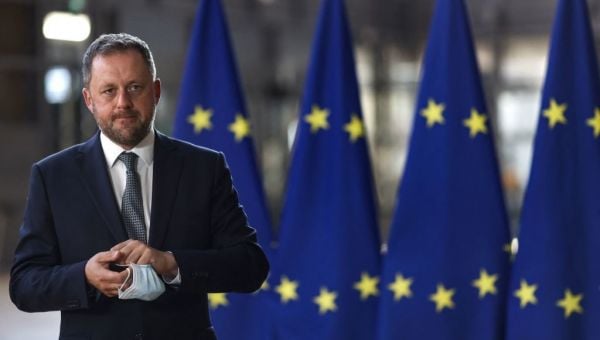 Minister of State for European Affairs Thomas Byrne has said that while householders are not included in the EU proposal to cut energy usage by 15 per cent, there will be an indirect impact in the form of increased energy prices.

Mr Byrne told RTÉ Radio’s Today show that while Ireland was not going to claim “exceptionalism”, it was a fact that we and some other European countries were simply not connected to the general European gas grid.

“We have different circumstances that will somehow have to be reflected in this proposed regulation.

“Our gas comes from our own sources which are unfortunately declining and from Norway through Britain and British gas supplies as well, so we’re not interconnected to the European market. There are a handful of member states in the same position.

“We’re looking at what the outcome will be for us. There’s no doubt that we will have to look at gas supplies, while we’re not directly connected to the Russian gas supply system, whatever happens on that pipeline,” he said.

Mr Byrne explained that householders fall into the category of protected customers.

“Unfortunately all of this does indirectly affect you because it attracts price. It’s possible of course that a reduction in demand will help reduce the price as well,” he said.

The energy security framework, launched in April, will now have to be updated if this proposed regulation goes ahead, he added.

“That’s the same in every country, there are a lot of measures being taken in relation to renewable [energy], we want to get those renewable facilities up and running as quickly as possible by reducing the permitting time. There’s huge work going on at European level.”

It had not been possible for the Government to plan in advance for the Russian invasion of Ukraine, he said, adding that the Russians were using energy as a means to blackmail Europe.

“The European Union is doing absolutely everything possible to make sure that we can diversify the supply of gas, diversify the type of energy we use and try to reduce demand by also making sure that households are the least affected as possible, by not including them in this form of energy reduction, but we’re also trying our best to ensure there are subsidies and grants in place.”

Mr Byrne added that it was not a question of the EU “making us do this”.

“Member states will have to vote to agree this. Looking at it, it is likely that they will, but there is a lot of work to do between now and next Tuesday which is when the presidency has proposed that this will be done.

“We live in an open democratic society, we cannot operate behind closed doors to pass laws. Laws are passed publicly, that’s the way our democracy works. If that puts us at a disadvantage we live with that, because we know it’s a better life for everybody,” Mr Byrne said.