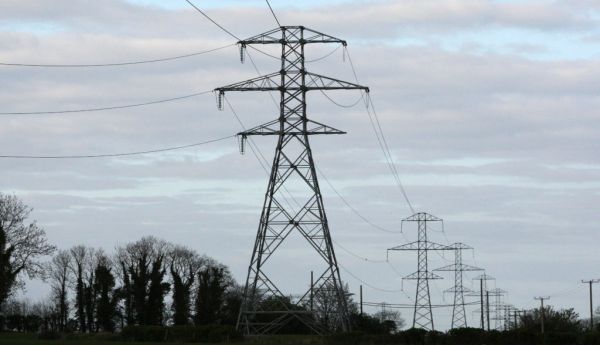 A significant increase in emissions from Ireland’s energy sector last year has been labelled as “disappointing”, with the Minister for Environment admitting there is a “real challenge” ahead to reduce emissions.

Politicians and farming organisations have been reacting to data published by the Environmental Protection Agency (EPA) on Wednesday, that show a 17.6 per cent increase in emissions from the energy industry in 2021 which it said was due to a tripling of coal and oil use in electricity generation.

“When you look over time, electricity generation, in many ways, has been the golden child because emissions decreased (by) 10 per cent between 1990 up to today, with an increase in demand of up to 150% of electricity.

“So what you had is decreasing emissions with increasing demand. But this year we saw a significant change. And as I said, the use of coal being a big issue here because a small increase in coal has a very big impact on greenhouse gas emissions.

“I would also say that the electricity, it’s disappointing last year, but a myriad of factors, including gas power plants being offline and a particularly difficult year with regards to less wind and rain, which would impact on renewables, so you would hope that the electricity generation sector can get back on track into a positive trajectory.”

The EPA report also found that Ireland’s greenhouse gas emissions increased by a total of 4.7 per cent in 2021 compared to 2020, and are now 1.1 per cent above 2019 pre-Covid restriction levels.

“Farmers were urged to expand and have invested heavily in their businesses,” he said.

“They are committed to doing their fair share to see emissions reduce by 22% by 2030, but it will take time for the substantial changes in practice that are taking place at farm level to be reflected in the emissions figures.”

“Milk output and fertiliser use are down in 2022, and there is a natural levelling off in cow numbers,” he added.

Frank O’Mara, director of the semi-State agri-sector advisory group Teagasc, told RTÉ that 10 per cent of the sector’s methane emissions come from the slurry part of ruminants. “I think we can aggressively attack that.

“The other thing that farmers have been doing is to get their beef cattle to their slaughter weight at an earlier age, which is not great for a beef animal, they’re around for a shorter period, but it means they produce less emissions during their lifetime.

“We’ve taken about three months off the average age of slaughter of male cattle over the last decade, and we think we can go further in that.”

Last year, the State committed to a legally binding target of net-zero greenhouse gas emissions by 2050, and a reduction of 51 per cent in emissions by 2030.

The Government is expected to sign off on legally binding targets for key sectors of the economy by next Wednesday in order to achieve these emissions targets.