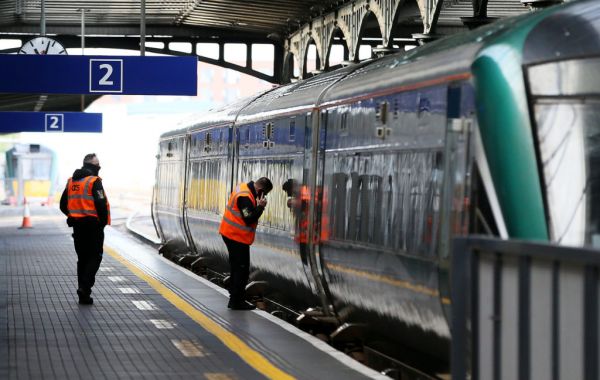 Violation of rules by railway staff could have resulted in multiple fatality events on the Irish rail network in 2021.

That is according to the 2021 Annual Report by the rail safety watchdog, the Commission for Railway Regulation (CRR), which documents a number of near fatal misses involving rail staff last year.

In one incident on February 1st, 2021, a member of Irish Rail signalling staff narrowly avoided being hit by a moving train when on a track and distracted on a mobile phone.

The report said “while the number of serious accidents and accidents was low in 2021 there were several very serious dangerous occurrences where violations of rules by railway staff could have resulted in multiple fatality events”.

It said this year the Commission for Railway Regulation (CRR) “will be paying particular attention to how company executives and managers respond to these occurrences”.

On July 21st last year, the report states that a member of Irish Rail Track Engineering staff narrowly avoided being hit by a moving train while recording rail temperatures.

The report said a number of the documented incidents “are solely due to safety rules not being adhered to by staff”.

It said this “is particularly concerning and CRR inspectors are actively engaging with Iarnród Éireann to review actions they are taking to prevent reoccurrence”.

In 2021, the CRR received 43 formal notifications relating to accidents, incidents or dangerous occurrences on the rail network and mobilised to a number of these either immediately or in the days following the occurrence.

A total of 25 related to the Irish Rail network, 16 occurred on the Luas network, one involved rolling stock issues belonging to Rhomberg Sersa and one involved Bord na Móna operations.

The report said that “tragically, in 2021 there were six fatal occurrences on the national railways all of which occurred on the Iarnród Éireann network”.

The circumstances of four of these fatalities indicate potential self-harm. In the case of the remaining two fatalities, one was due to trespass/misadventure with the final fatality not being attributed to any rail movement but rather the casualty was found adjacent to the railway line.

There was also an attempted act of self-harm on the Dublin LUAS “but thankfully the person suffered only minor injury”.

The report said that “against the continuing backdrop of the Covid-19 pandemic, overall, the safety performance of the Irish heavy railway sector was broadly positive in 2021, both when compared against previous years and European statistics, cognisant of the reduced passenger numbers”.

It said “Ireland has consistently been among the member states that have the lowest fatality rates” on its rail network.

The report said it should be noted that there have been no passenger fatalities in Ireland during 2021 “and the fatalities that have been reported are a result of trespass/misadventure by persons”.