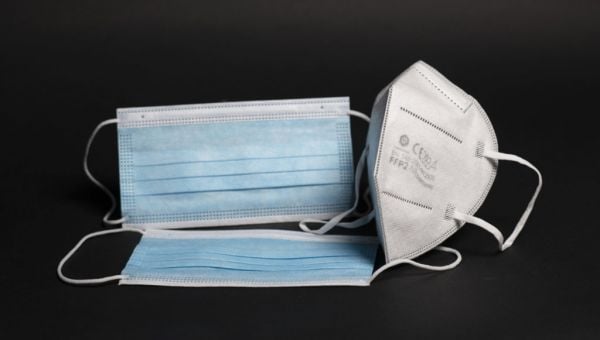 A State watchdog has ordered its first compensation payout concerning the non-wearing of a mask during the Covid-19 pandemic.

At the Workplace Relations Commission (WRC), Adjudicator Thomas O’Driscoll has ordered a clinic to pay out €3,000 compensation to a patient with autism concerning his discrimination claim relating to the non-wearing of a mask during Covid-19 brought under the Equal Status Act.

As part of his order, Mr O’Driscoll has directed the clinic to ensure that all staff are educated with regard to its obligations under the Equal Status Acts, with a particular emphasis on the need to reasonably accommodate patients with disabilities.

Up until now, all other disability discrimination claims concerning the non-wearing of masks have been dismissed by the WRC with the vast bulk of complainants unable to provide documentary evidence that they have a disability or failed to disclose the nature of their disability on the day in question.

In the case before Mr O’Driscoll, the patient submitted that he has autism and that he was discriminated against by the clinic in not reasonably accommodating him regarding the provision of medical services by insisting that he wear a mask.

The clinic denied the discriminatory treatment arguing instead that the refusal of medical service on the day in question was due to a breakdown in communication.

Representing himself, the patient said that he was referred to the clinic by his GP for an ultrasound scan.

The patient received a phone call from the health provider’s call centre 12 days beforehand, to advise him that an appointment had been scheduled for him on December 14th, 2020.

The man specifically asked if there would be any issues in relation to him not being able to wear a face covering, as he has autism. The man said that he was assured that there would not be.

However, when he arrived into the clinic on the allotted day he was informed that the scan would not be performed because of his inability to wear a face covering.

As part of his case, the man exhibited a letter on the health provider’s headed paper, signed by a senior manager, stating that they were not going to provide him with the service due to his inability to wear a face mask.

The man enquired at two other medical facilities and was assured that he would be accommodated. He subsequently took the ultrasound scan at one of those facilities where an appointment was made for him at a designated quiet time on a specific day, so that any risk could be contained with regard to other patients and staff.

In his findings, Thomas O’Driscoll found that the clinic in effect, admitted its failure to reasonably accommodate the patient.

Mr O’Driscoll said that the plain fact of the matter was that there was no attempt to facilitate the patient despite the clinic having full knowledge of the nature of the man’s disability.

Mr O’Driscoll stated that there was no conflict of evidence with regards to the facts, he added that the patient had informed the clinic in a timely manner, in advance of the ultrasound that he could not wear a mask because of his autism.

He said that the man was assured that this would not be a problem by the clinic’s staff member, which, on the face of it suggests that his disability would be accommodated.

The Adjudicator said: “However, it transpired that when he turned up on the day he was bluntly refused the service he was booked in for, with no attempt by the Respondent to accommodate him. This was despite the previous assurances received.”

He said: “This refusal can be graphically contrasted with the treatment in another medical facility, when the Complainant some months later, received his ultrasound scan without a mask as a result of what seemed to be cost neutral adjustment to the schedule.”

Mr O’Driscoll said that no evidence was given that any kind of consultation or analysis of alternatives to mask wearing was taken, despite the complainant’s clear request to be accommodated, he noted also that these events occurred during Level 3 restrictions whereas the patient was accommodated shortly afterwards during the higher Level 5 restrictions.

Mr O’Driscoll concluded that the patient established a prima facie case of discrimination, namely the refusal of the clinic to reasonably accommodate his disability in breach of section 4 of the Equal Status Act 2000.

The clinic did not dispute the facts as outlined by the complainant nor did it dispute the fact that he had a disability which was properly notified to the clinic in advance of the appointment, as well as on the day he was to attend for an ultrasound scan.

The clinic submitted that there was a miscommunication between staff on what the correct policy was, and the patient was unfortunately discommoded because of this.

A senior clinical manager with the clinic described the enormous pressures the staff were under during the unprecedented pandemic at the time the complainant visited the clinic. She stated that the policy on mask wearing evolved as the pandemic developed and that this might explain the miscommunication of policy.