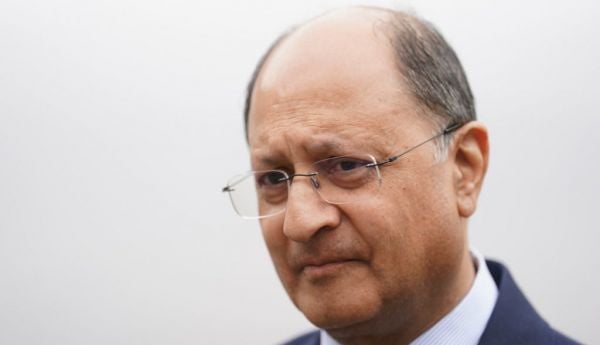 Northern Ireland Secretary Shailesh Vara has said a claim that he asked officials whether he needed a passport to go to Derry was “utter and absolute nonsense”.

A report suggested that when the English MP previously served as a junior minister in the Northern Ireland Office, he had asked an official “whether he needed a passport to go to Derry”.

Speaking to media during a visit to Lisburn, Co Antrim, on Thursday, Mr Vara said he welcomed the opportunity to say it was “nonsense”.

“But we now sadly live in a world where people can put out fake news and then it just escalates in the world of social media… I can confirm it is utter and absolute nonsense,” he said.

“I am determined not to focus on trivialities like that because my job as Secretary of State is to deal with the real issues that concern the people of Northern Ireland, and that’s where I want to focus my attention. I am somebody who is going to be concentrating on the real issues, and not on the tittle-tattle.”