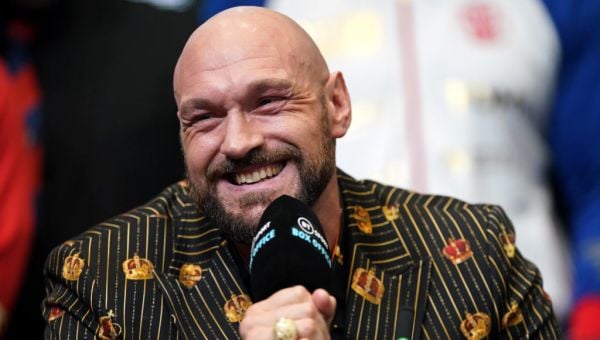 The Shrimps have announced Fury’s ‘Gypsy King’ brand will feature on their home and away playing shorts for the 2022-23 season.

The club added that a further announcement regarding an extension to the partnership will be made “at a later date”.

Morecambe FC is proud to announce a commercial deal which will see the two-time Heavyweight Champion of the World @Tyson_Fury sponsor the home and away playing shorts, for the 2022/23 @SkyBetLeagueOne season.#UTS 🦐

Fury, 33, is originally from Manchester but has been based in Morecambe for much of his boxing career.

“Let’s have a fantastic season and smash it. Come on the boys! And the girls!”

Fury beat Dillian Whyte in April to retain the WBC title. He announced afterwards he was retiring but has been persistently linked with a return to the ring.

Morecambe’s head of commercial Martin Thomas said: “Tyson is a fantastic ambassador for the Morecambe area and it’s fantastic to have him on board.

“Tyson is one of the most recognisable names in the world of sport, and will bring worldwide recognition to the club.”