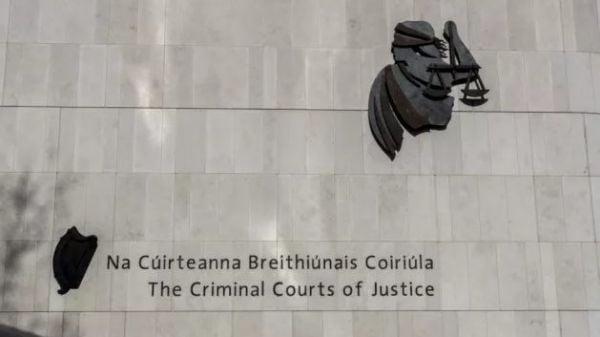 The State has failed in their appeal to have a man’s jail sentence increased for two “grave” and “life-changing” assaults on a pensioner and a “good Samaritan” in Galway city centre six years ago.

The two assaults occurred within minutes of each other in June 2016 when David Bannerton assaulted a 70-year-old man and then an intervening passer-by who received a fractured skull when trying to break up an altercation between the defendant and his then partner.

Bannerton (47) was jailed for six years with 18 months suspended by Judge Rory McCabe at Galway Circuit Criminal Court in January 2021.

On Thursday at the Court of Appeal, Geri Silke BL, for the Director of Public Prosecutions, said the State had no issue with a headline sentence of nine years identified by Judge McCabe. However, she said that a jail sentence for a man who had caused “life-changing” injuries should have been greater than the four-and-a-half years’ imprisonment he received – 50 per cent less than the headline.

Ms Silke said the overall reduction from a nine-year headline sentence to serving four-and-a-half years was “too much” and that the suspended part of the sentence was the “unduly lenient” component of the appeal.

For the assault causing harm conviction on the elderly man, Bannerton, of Raheen Oughter, Kilchreest, Loughrea, Co Galway, was jailed for two years after a three-year headline sentence was identified.

For the assault causing serious harm on the man who tried to intervene, Bannerton received a six-year sentence with the final 18 months suspended to allow for rehabilitation.

At his sentencing hearing, the Circuit Court heard that the assaults happened in the very early hours of June 15th, 2016, when Bannerton attacked two men within a few minutes of one another on Eglinton Street in separate incidents.

Detective Garda Bernard McLoughlin told the court that the 70-year-old man was attacked at the corner of Williamsgate Street and Eglinton Street, without provocation, at 1.42am while he was on his way to Eyre Square to get a taxi after meeting friends that evening.

The elderly male was standing next to Bannerton’s partner before he was repeatedly punched in the face and kicked to the ground before other people managed to intervene and get him to safety.

In a victim impact statement, he told the court that the enduring pain and damage caused by the assault made it much harder for him to enjoy his retirement, as he is no longer able to do many physical activities he previously enjoyed.

The more seriously injured of the two men was in a taxi passing on Eglinton Street less than five minutes later when he saw Bannerton in an argument with his partner that was turning physical.

He stopped the taxi to get out and tried to intervene. However, he was struck in the face at least three times, knocking him unconscious in the middle of the street, and causing him to strike his head hard on the tarmac. He spent several weeks in ICU in Galway being treated for a fractured skull and orbital bones and haemorrhaging.

On Thursday, Ms Silke told the three-judge court that the two offences were linked together but that there had been no extra jail sentence for the assault causing harm incident and that consecutive sentences could have been considered.

Conall MacCarthy BL, for Bannerton, told the appeal court that the sentencing judge was “well-appraised in the nuances” of such cases and that the sentencing hearing took place over three separate days as the judge adjourned matters to consider reports regarding rehabilitation.

Mr MacCarthy said that no issue regarding the suspended portion of the sentence had arisen at the sentencing and that this was not “some extra bonus”. He added that any suggestion of consecutive sentences had not been canvassed either by the State in the lower court.

In delivering the court’s judgement refusing the appeal, Ms Justice Isobel Kennedy said the assaults were “serious, grave” offences which left a “good Samaritan” injured in such a way that his and his family’s life “would never be the same”. She said the assaults had a “profound impact on both men”.

She said the sentencing judge was an experienced one who had Bannerton’s rehabilitation in mind when suspending the 18 months for five years. She said that Bannerton had a complicated history regarding his mental health and alcohol issues and that the court could understand why the judge took considerable time to assess the reports before constructing the sentence in such a way.

Ms Justice Kennedy said that the judge had discretion when sentencing and that the Court of Appeal did not believe that, while lenient, the sentence amounted to a “substantial departure from the norm”.