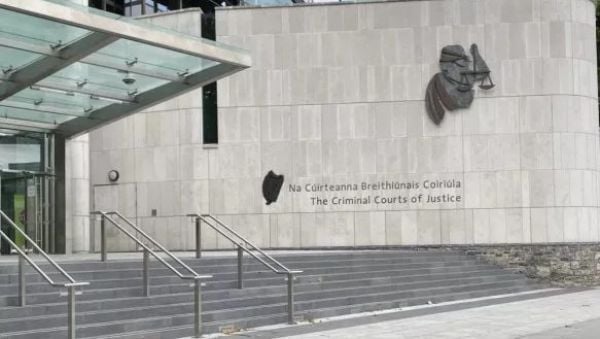 A teen “weed” smoker has been spared a custodial sentence for breaking a Garda’s nose with an “excruciating” punch when his Dublin home was raided for a third time in a month.

The 17-year-old boy pleaded not guilty to assault causing harm to the officer and claimed he acted in self-defence.

However, Judge Paul Kelly convicted him following a Dublin Children’s Court hearing. He was furnished with a positive pre-sentence probation report about the first-time offender.

Judge Kelly imposed nine months’ probation supervision with a range of conditions to help him address drug use, find work and divert him from crime. Breaking the terms could result in the case being re-entered and the risk of a custodial sentence.

The teen, accompanied to court by his mother, thanked the judge. Later this year, he must return to court to face a hearing for separate motoring offences, including a hit-and-run charge.

The court had heard the attack occurred when gardaí came with a warrant to search his family home in north Dublin in November 2020.

The teen returned, but gardaí refused entry while they completed the search.

The court heard he was with other youths and “tensions were high”.

Garda Yehoshua Graham gave evidence that he tried to explain to the boy that he could not enter while there was a search and that they had a warrant.

However, he alleged the boy told him, “get the f**k out of my face”, tried to push past and “lunged” at him.

The court heard that the garda raised his hand to the teen’s chest to stop him, but the boy punched him in the nose.

He started bleeding immediately and recalled the pain was “excruciating” during the hearing.

He needed medical attention and was off work for 12 weeks. Other officers witnessed the attack and explained that Garda procedure was not to let anyone enter or leave while they searched a property.

In evidence, the teenager admitted he smoked weed but complained that this was the third time gardaí searched his home that month.

He cannot be identified because he is a juvenile. The youth told the court when he got home, he wanted to go inside, but gardaí prevented him. He denied being aggressive and claimed he was struck first.

He contended that he punched Garda Graham in self-defence and that his wrist was injured when he was arrested.

Prosecution solicitor Anna Bridgeman put it to him that he hurt himself due to the punch, but he maintained it happened when he was handcuffed on the ground.

The judge heard gardaí later brought him to hospital.

The teen’s mother was in the house and said she did not see the attack. But she claimed she saw her son getting arrested and claimed another Garda stood on his wrist.

Responding to defence arguments that officers had no lawful authority to prevent the boy from going into his home, Ms Bridgeman referred Judge Kelly to the search warrant presented during the hearing.

She submitted that the court had to take a “pragmatic view” that people could not walk in or out while gardaí searched the house.