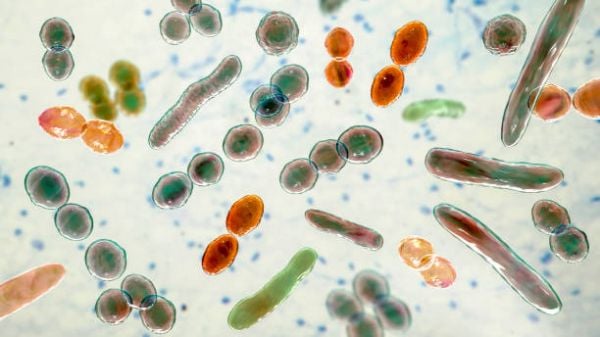 Researchers at University College Cork (UCC) have found that members of the Irish Travelling community have a gut microbiome which differs strikingly from that of the non-Traveller settled community which may protect them from many chronic inflammatory disorders.

The research by APC Microbiome Ireland (APC), a Science Foundation Ireland Research Centre based in UCC and Teagasc has indicated that most travellers retain an ancient or non industrialised type of microbiome.

Researchers say that this sets the scene for unravelling how scientists can leverage the microbiome to minimise chronic inflammatory disorders for society at large.

“Why the microbiome of Irish Travellers is important for everyone,” a summary video of findings of research published by the prestigious journal Nature Medicine, was launched at Cork City Hall by Lord Mayor of Cork, Cllr Deirdre Forde this afternoon (Thursday) as part of Traveller Pride Week 2022.

The research was a close collaborative process led by the Traveller Visibility Group (TVG) and Travellers of North Cork. They say that to learn that Travellers have a distinctly different microbiome is significant to the community as it reinforces the formal recognition in 2017 that Travellers are a distinct ethnic group within the State.

TVG’s Director of Advocacy, Breda O’Donoghue, says the microbiome research has confirmed what she sees as the need to preserve the traditional Traveller lifestyle.

“It is essential for the health and wellness of our community. We can see from the research that once a Traveller adapts to a settled lifestyle their microbiome is negatively affected.”

TVG Development Worker John O’Sullivan says that a sequence of legislative changes since 1963 has eroded Traveller culture making it almost impossible for members of the community to continue the traditional lifestyle they were brought up with, including possession of horses.

“We hope this research will help us get support to restore some of our heritage and preserve our unique way of life.”

Meanwhile, Professor Fergus Shanahan was the founder director of APC Microbiome Ireland and is a principal investigator on the paper. He says in his long career as a gastroenterologist he has never encountered a member of the Traveller Community presenting with inflammatory bowel disease.

“The research we have conducted has made it clear that the microbiome plays a definite role in a person’s predisposition to chronic inflammatory disorders; further investigation can help us leverage the microbiome in finding a solution for inflammatory bowel disease which affects 40,000 people in Ireland and 10 million globally every year.”

Professor Shanahan says that their collaboration with the Travellers has several implications for all ethnic minorities and migrants pressured to change their culture and that the study questions the concept of a normal microbiome in a multi-ethnic society.
He adds that because the microbiome is a marker of health and risk of disease, we need to find ways “to preserve the essence of Traveller culture.”

Professor Shanahan also believes that the settled, non-Traveller community can also benefit from the science if we can find out how to retain the benefits of ancient microbiome in a modern world.

Meanwhile, Mary Cronin, a social scientist in the School of Public Health, UCC has a background in Community Development with the Traveller community. She says their aim is to generate new knowledge to address the wider determinants of Traveller health including mental health.

“Shockingly, a 2020 review by the Irish Journal of Psychological Medicine revealed that while Irish Travellers constitute less than 1 percent of the Irish population, they account for ten percent of national young adult male suicide statistics. We are at a critical time to address the health crises in the Traveller Community.”