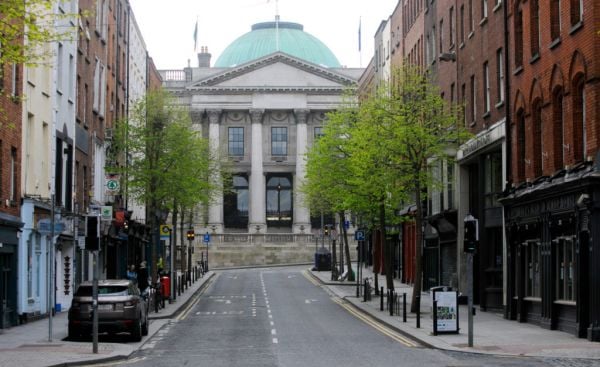 Drivers are being reminded that Parliament Street in Dublin city centre will become traffic-free three evenings a week from today.

The trial begins on Thursday evening and will run until the end of August.

Dublin City Council said the initiative will see the street, which runs from City Hall to the south quays, closed to traffic from 6.30pm-11pm on Thursdays, Fridays and Saturdays.

Dublin’s Lord Mayor Caroline Conroy said the decision to dedicate urban spaces to pedestrians and cyclists has been “nothing short of transformative”.

“It’s great to see the introduction of another traffic-free space in the heart of the city centre.

“I have no doubt that these traffic-free evenings will significantly enhance the experience of those visiting Parliament Street,” Ms Conroy said.

The new measure follows previous pedestrianisation trials on Capel Street and Parliament Street which were seen as a success.

Asking the public for their views, the council said 92 per cent of respondents thought the traffic-free measures “significantly improved” their experience in the areas. As a result, Capel Street was made permanently traffic-free earlier this year.

The council said Parliament Street will remain open to Emergency vehicles at all times.