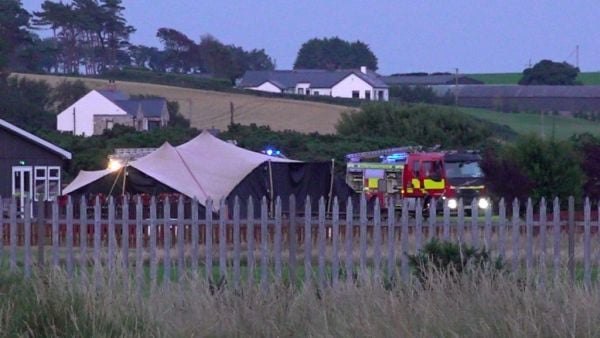 A tribute has been paid to a man who died in a light aircraft crash in Co Down.

Philip Murdock, a businessman from Hillsborough, Co Down, and Caroline Mawhinney have been named locally as the two people who died in the incident at Newtownards Airport on Tuesday night.

They were both members of the Ulster Flying Club.

Separate investigations into the crash are being conducted by the PSNI and air accident investigators.

Johnson Controls, which bought Envision earlier this year, paid tribute to Mr Murdock as a “passionate and charismatic” member of the team..

“We are greatly saddened to hear the news that Philip Murdock was involved in a fatal light aircraft incident on Tuesday 19th July,” they said in a statement.

“Phil was the founder and managing director of Envision Intelligent Solutions Limited and was a passionate and charismatic member of the team.

“We understand that this news will affect all who have known and worked alongside him over the years, and we’d like to extend our deepest condolences to Phil’s family, friends and colleagues.

“The team at Envision are a close-knit team and we are supporting them and Philip’s family through this difficult time as best we can.

“Our thoughts are with his wife, his parents, his wider family and of course, his Envision team.”