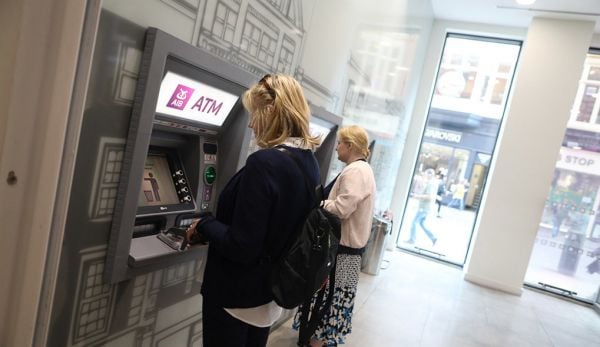 The decision by AIB to turn a further 70 branches into cashless operations is an “opportunity” for post offices and credit unions to strengthen their position within communities, Minister of State Ossian Smyth has said.

The Green TD said he wanted to see stronger community banking services for the public.

It comes as Taoiseach Micheál Martin said he had sought a meeting with AIB officials after calling on the bank to reconsider its decision.

AIB already has 22 cashless branches. Earlier this week the bank announced it was transforming 70 of its 170 branches into cashless centres due to what it described as declining demand for these services.

Mr Smyth told RTÉ’s Morning Ireland that AIB’s decision was unfortunate timing just as a report on community banking was due to be published.

“I’m sure we can find a way through this,” Mr Smyth said. He welcomed an announcement by the Taoiseach that he would be seeking a meeting with AIB to encourage them to “look again” at the decision.

Meanwhile, the general secretary of the Irish Postmasters Union told Newstalk radio that the Government would have to invest in post offices so they can provide cash services no longer available at AIB branches.

Earlier on Friday, the chief executive officer of the Irish SME Association told RTÉ that the AIB decision would have a significant impact on some businesses as there were insurance issues about how much cash could be kept on premises overnight.

ISME, the organisation representing small and medium enterprises, had not been informed of the plans and the first they had heard of the decision was through the media. Mr McDonnell said it would take certain sectors a long time to convert to a cashless operation.

Mr McDonnell said he was disappointed the Central Bank had not “stewarded” this issue in a better fashion. “It shouldn’t be moving at this pace,” he said.

When asked if businesses could change their accounts to another bank, Mr McDonnell said there was essentially a duopoly in the country. Some 40 per cent of small businesses banked with AIB, 40 per cent with Bank of Ireland and 14 per cent were with Ulster Bank, which was now exiting the market.

She said the decision was a big blow which would have a significant impact on foot flow into rural towns.

There was a fear the next stage would be that the bank would close more branches, she said.

Ms McDonagh called on AIB to reconsider its position.