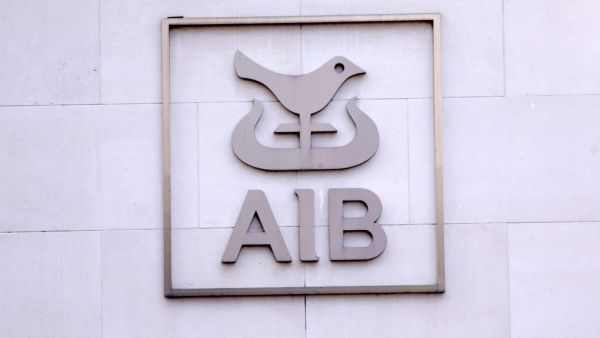 AIB has confirmed it will not proceed with its decision to remove cash services from 70 of its 170 branches across Ireland.

The bank said over the last five years there had been a “dramatic increase” in the use of digital banking services, with a 36 per cent decline in cash withdrawals from ATMs and a 50 per cent fall in cheque usage.

However, the bank acknowledged the decision had caused “customer and public unease”, and the bank decided not to continue with the proposed cashless plans.

In a statement on Friday, AIB said: “In recent years there has been a dramatic increase in the use of digital banking services and a decline in branch visits and cash usage. In AIB’s case, there are 2.9 million daily digital interactions compared with 35,000 customer branch visits.

“There has been a 36 per cent decline in cash withdrawals from ATMs and a 50 per cent fall in cheque usage over the past five years. AIB has also seen a fall of almost 50 per cent in branch over-the-counter teller transactions, while mobile and online payments have increased by 85 per cent in that same timeframe.

“It was in the context of this evolving banking environment and the opportunity to enhance its long-standing relationship with An Post that AIB took the decision to remove cash services from 70 of its branches. However, recognising the customer and public unease that this has caused, AIB has decided not to proceed with the proposed changes to its bank services.

“The bank continues to retain its 170-strong branch network in its entirety and will also continue to offer banking services through its relationship with at An Post at its 920 post offices nationwide.”

Meanwhile, Taoiseach Micheál Martin called on AIB to “reconsider” its plan to remove cash services from 70 branches, as Sinn Féin called for the Minister for Finance to comment on the issue.

There has been sharp criticism from across the political spectrum of AIB’s decision to stop all cash-and-cheque services from this autumn.

It meant notes, coins, cheques, foreign exchange, bank drafts would not be available in these branches, and ATMs outside the branch where services were changing would be removed.

Speaking to the Irish media in Singapore, the Taoiseach said: “There are significant cohorts of people, businesses and towns across Ireland, who need this facility, and I do believe AIB and the banks should take notice of this.”

He said the Government would be engaging with the banks on the issue.

Minister of State at the Department of Finance Sean Fleming said the Government had been “blindsided” by the decision to make 70 branches cashless.

It was “the right decision” to reverse the plan, he told RTÉ radio’s News at One. There was a “key question” of public confidence and trust in the bank and this reversal has addressed that.

Mr Fleming said he and the Government had been “blind sided” by the decision, and the Minister for Finance and his department had only been informed shortly before it was announced.

It was not up to the bank to dictate to customers how they dealt with the bank, he said, instead they should focus on the needs of their clients.

AIB had been “well aware” that the Government would shortly be publishing a review of retail banking needs in the country, he added.

Referring to changing trends in banking and the move to online services, much of that had evolved as a result of Covid and people could be going back to traditional banking practices, said Mr Fleming.

The decision on a move to cashless services had been made by the bank with no discussion with the Department of Finance “at any level”. One of the lessons had been learned from the banking crisis was that banks needed more supervision.

The Government response to the initial AIB decision had “crystallised” the public reaction, said Mr Fleming.

The decision had been reversed, not paused, he said.

Independent TD Mattie McGrath told the same programme that the bank’s proposal to make 70 branches cashless had been “a faceless bureaucratic decision”. The State had almost two thirds of a share holding in AIB and as such “surely we deserve better respect than that”.

The decision had been “ham fisted”, he added. It was also “incredible” to think the Minister for Finance had not been aware of the move.

“We will be keeping a very close eye on this” he added before going on to say that the Rural Independent group of TDs would be seeking a meeting with the Central Bank on the issue.

Minister for Finance Pascal Donohoe noted the “significant public reaction” to AIB’s announcement and welcomed its decision not to proceed with cashless services in certain banks.

“We have seen many changes to our banking sector in recent years, driven by factors including advances in technology and changing consumer demand. It is against that background that I launched the Retail Banking Review to assess how the sector can be best positioned to meet current and future customer needs. I look forward to receiving the recommendations of the Review later in the year,” he said.