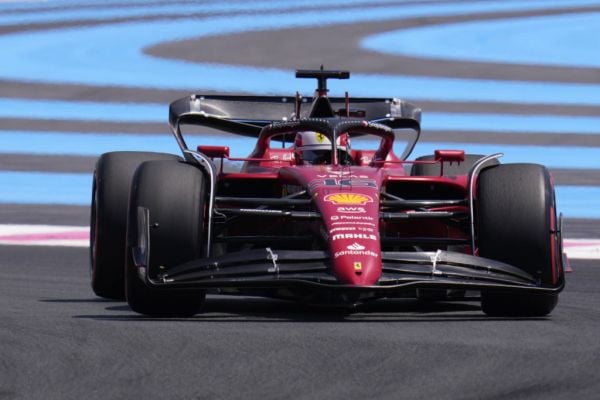 Leclerc, who breathed fresh life into his title hopes with victory in Austria a fortnight ago, lapped the Circuit Paul Ricard 0.091 seconds faster than Verstappen.

But it was not all good news for Ferrari after Carlos Sainz, who finished third, was dealt a 10-place grid penalty for new engine parts.

Sainz’s Ferrari caught fire in the closing stages of the last race, and he is likely to face further punishment for taking on additional fresh components over the remainder of the weekend.

Lewis Hamilton sat out the first action with Mercedes’ reserve driver Nyck de Vries in the Briton’s machine. Under F1 rules, all the grid’s 10 teams must run a rookie driver in first practice on two occasions this season.

Formula E champion De Vries finished ninth, 1.49 sec back from Leclerc, and half-a-second adrift of George Russell in the other Mercedes.

Russell finished fourth, the best part of a second off the pace with Hamilton back in the cockpit for the next session, which starts at 5pm local time (4pm UK).

Mercedes have brought a handful of revised parts to the 12th round of the campaign in southern France.

But the very early evidence suggests they might have to play third fiddle to Ferrari and Red Bull on the occasion of Hamilton’s 300th race.

Sergio Perez finished sixth for Red Bull – 1.2 sec behind Leclerc – and emerged unscathed from a high-speed spin in the early moments of the one-hour session.

Robert Kubica returned to Formula One, taking Valtteri Bottas’ Alfa Romeo seat for the first session, and the Pole finished last but one, 2.4 sec adrift.