Close to 300,000 Irish households to be impacted by ECB hike 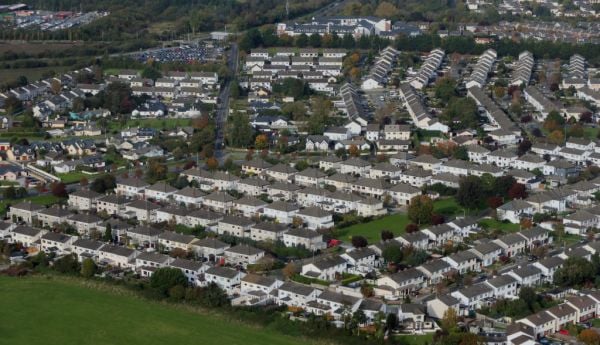 Around 300,000 households on tracker mortgages are likely to face cost increases of over €3,000 this year after the European Central Bank on Thursday started to raise its official rates for the first time in over a decade.

ECB president Christine Lagarde said a hefty half-point hike was justified as the shockwaves of energy and food inflation since the Russian invasion of Ukraine sent price pressures “spreading across more and more sectors”.

As the Irish Examiner reports, experts are now predicting that the ECB will hike official rates by a further 1.25 per cent before the end of the year.

That means there will be no escape for most households from rate hikes coming down the line before Christmas.

There are a total of 730,000 mortgaged households in Ireland, but there was no escape from yesterday’s half-point rise for the 300,000 households on trackers because these rates are directly tied to any ECB rate moves.

Mortgage and debt adviser Michael Dowling said there was no need for borrowers on fixed-rate mortgages to be concerned at this stage.

However, he warned yesterday’s hike by itself would immediately add almost €1,000 to the cost of a tracker home loan and amount to over €3,000 in total costs for a €300,000 mortgage should the ECB hike by a further 1.25 per cent later this year.

“Yesterday’s move was only the start of the rate-hiking cycle and many more mortgage borrowers face increased costs between now and Christmas,” Mr Dowling said.

There was respite for some 175,000 mortgage holders on variable rates after Bank of Ireland and Permanent TSB said they would defer passing on yesterday’s half-point increase to variable rate borrowers.

Calls grow for Irish mortgage banks to forgo passing on ECB rate hikes. AIB said it was keeping its rates “under review”.

Mortgage brokers say Bank of Ireland, with the most expensive variable rate on the market, had the headroom to absorb the ECB hike at this stage, while Permanent TSB also has among the highest variable rates.

The 300,000 households on tracker mortgages automatically have their rates hiked in tandem with ECB rate increases, while people on fixed-rate mortgages that expire later this year will almost certainly face higher costs too, experts say.

Businesses and households face higher borrowing costs for the first time in over a decade.

ISME chief executive Neil McDonnell said he hopes the banks do not pass on the ECB hike. “But the message for our members is that there is more to come because the interest rate cycle is not over,” Mr McDonnell said.