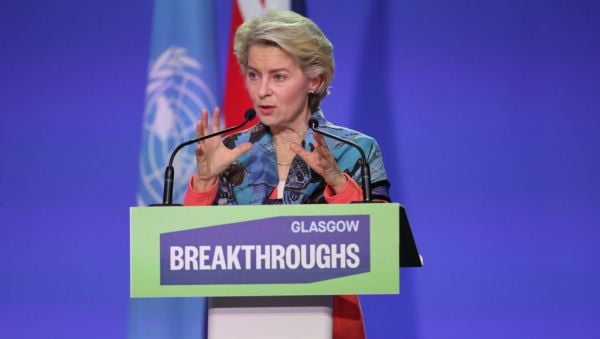 The European Union has launched fresh legal action against the UK for failing to comply with the post-Brexit Northern Ireland Protocol.

Four new infringement procedures were triggered by the European Commission as relations further soured on Friday.

The EU argued it was forced to act because the UK has been unwilling to take part in “meaningful discussion” over the protocol since February.

It also struck out again at the controversial Northern Ireland Protocol Bill that is making its way through Parliament, which the bloc says breaks international law.

We have today launched four new infringement procedures against the United Kingdom for not complying with significant parts of the Protocol on Ireland / Northern Ireland.

The commission accused the UK of failing to comply with customs requirements, not imposing EU rules on VAT for e-commerce and failures over rules on alcohol excise duties.

“In a spirit of constructive cooperation, the commission refrained from launching certain infringement procedures for over a year to create the space to look for joint solutions with the UK.

“However, the UK’s unwillingness to engage in meaningful discussion since last February and the continued passage of the Northern Ireland Protocol Bill through the UK Parliament go directly against this spirit.”

The latest action comes on top of the infringement procedures launched on June 15th.

Only on Thursday, Minister for Foreign Affairs Simon Coveney had said the EU was waiting to see what the approach of the next prime minister would be before deciding its next move over the protocol.

“I think there is a sense in Brussels now that they want to wait for a new prime minister to be in office in No 10 Downing Street,” he said.

However, the Northern Ireland Bill – effectively ripping up key parts of the protocol – is being led by UK foreign secretary Liz Truss, who is up against former chancellor Rishi Sunak to replace Boris Johnson.

The outgoing prime minister signed the protocol as part of his Brexit deal to avoid a hard border on the island of Ireland.

But he has since sought to override parts of it over concerns about a trade barrier on goods moving from Britain to Northern Ireland.

The dispute risks a trade war, with tariffs being imposed or even the suspension of the entire Brexit deal between the UK and European Union.

The Bill cleared the Commons on Wednesday but now faces a rocky ride through the House of Lords.

EU law professor Catherine Barnard, the deputy director of the UK in a Changing Europe think tank, said the commission was clearly “upping the ante”.

She noted it is focusing on “quite technical issues” and is yet to bring proceedings for a breach of the duty of good faith by bringing the Bill forward.

“This does feel like they are now looking out for every breach and will now go after them rather than taking a more pragmatic approach to go after the bigger breaches”, she said.

“It’s quite clear it’s an escalation.”