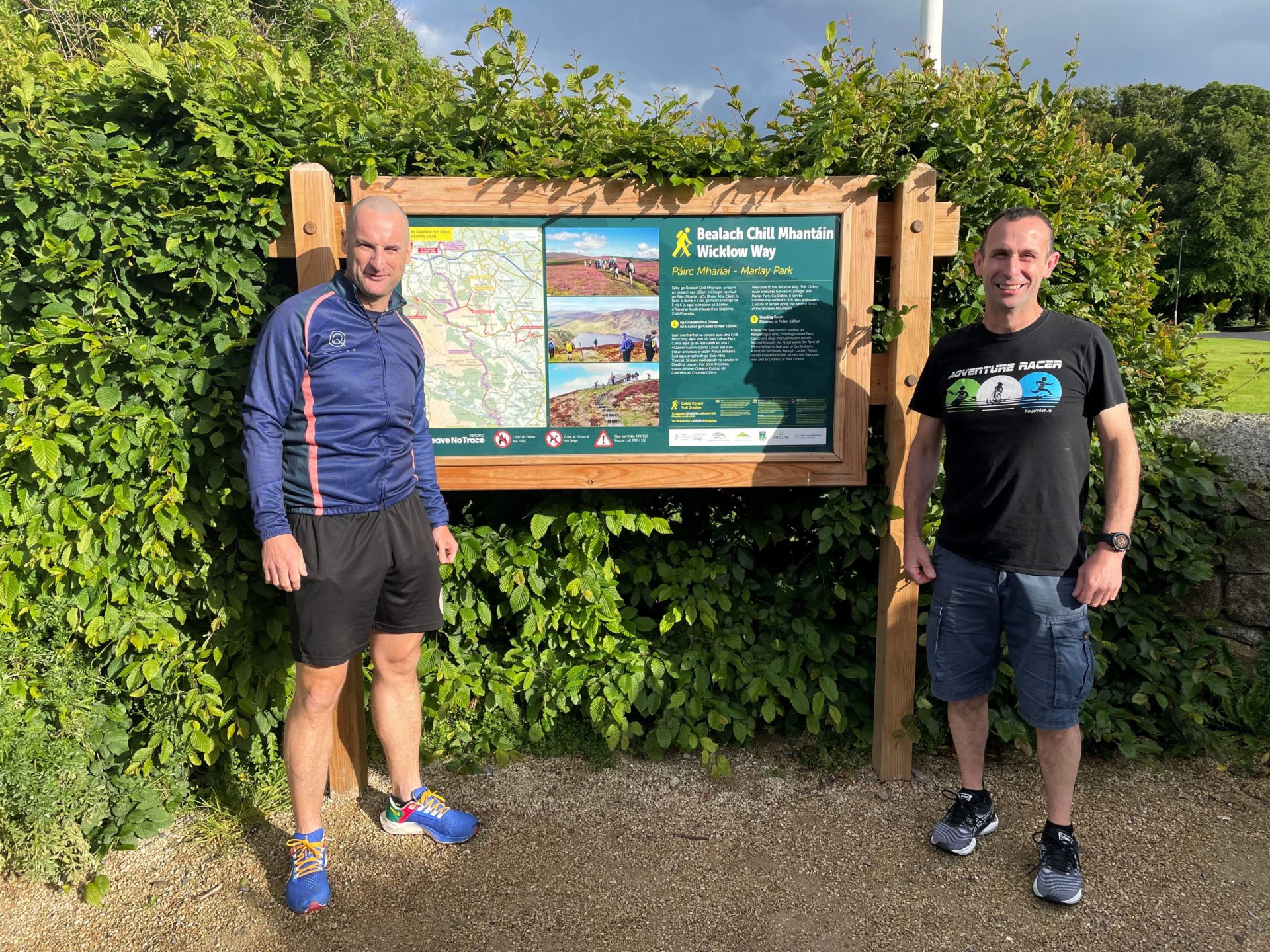 Fresh-faced and ready to go! Paul and Tom in Marley Park, Dublin

Paul Ward, a fitness instructor who runs Paulie’s Boot Camp in Carlow town, and Tom Lawlor from Castledermot began the Wicklow Way endurance race at 9pm on a Friday evening in June and completed it an astonishing 19 hours and 22 minutes later.

“We ran from the light into the darkness and then back into the light again. The views over Glendalough and Glenmalure are just spectacular. It’s mind-blowing, especially when you see it through the sunrise. It’s hard to put into words how it makes me feel. It’s amazing,” Paul told ***The Nationalist***.

Paul and Tom spent six months training intensively for the race, which was organised by the Irish Mountain Running Association. Sixty-three people started the course in Dublin’s Marlay Park, but only 43 competitors got over the finishing line in Clonegal. 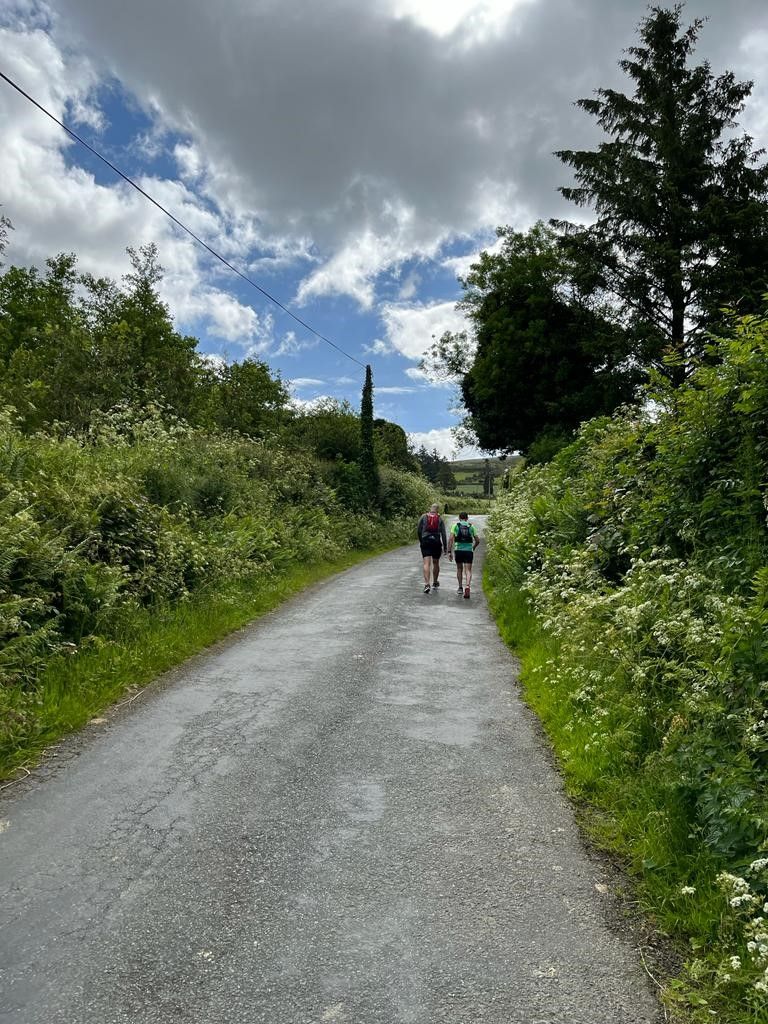 The duo ran the entire length of the Wicklow Way

The race included checkpoints which had to be reached within certain timeframes, while checkpoints also gave the runners a chance to refuel with fresh water bottles and food and, if necessary, a chance to change their clothes. The points were positioned at such beauty spots as Crone Wood, Glendalough and the Dying Cow, but the route was extremely challenging, with the runners facing very tough climbs.

Paul (45) and 52-year-old Tom are proud of having the fitness and mental and physical strength to complete such an endurance test.

“I’ve always wanted to be fit and healthy so this is what I love doing. Of all the endurance tests I’ve done, this was the peak. Very few people would be fit – or mad – enough to do this at our age!” said Paul. 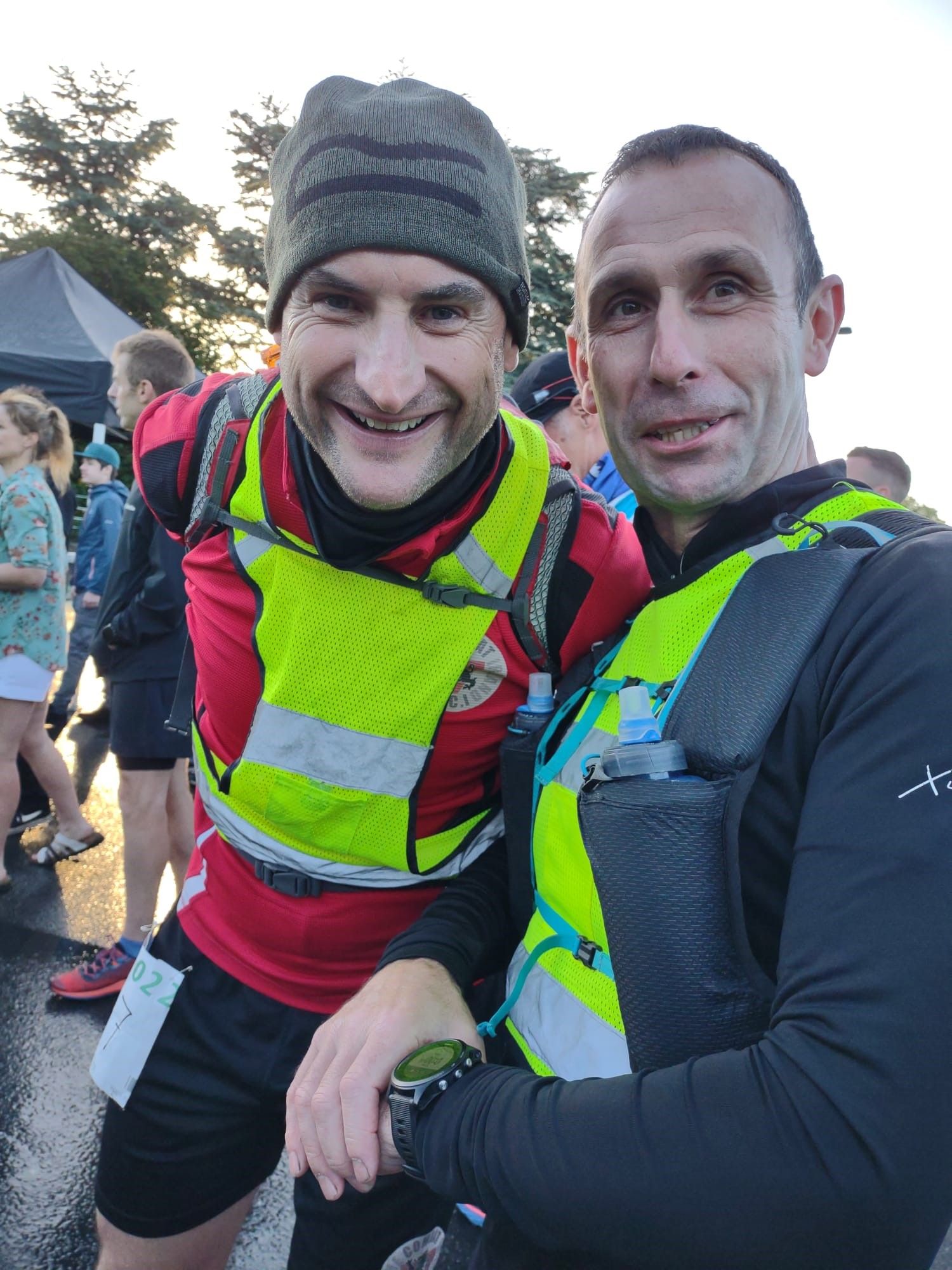