Fraudster who posed as roofer and scammed elderly woman jailed 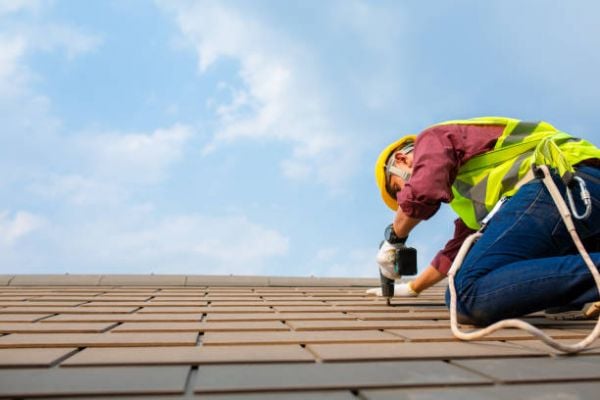 A man who posed as a roofer and defrauded an elderly woman of over €30,000 under the pretence of fixing her roof has been jailed for four and a half years.

Garda David Hoare told Edward Doocey BL, prosecuting, that between January and March 2019, O’Brien, along with two other men, defrauded the elderly victim of a total of €30,590 while pretending to replace her roof and chimney and install solar panels.

The court heard the three men called to the 72-year-old woman’s Dublin home in January 2019 and told her they had noticed problems with her roof. The woman allowed them to climb onto her roof to inspect it and when they came down, they told her she needed work done.

The men did not let the woman climb the ladder up to the roof herself and instead showed her a photograph on their phone of birds nesting in a roof, which they pretended was hers.

The woman agreed to get work done and was driven to her bank in town, where she took out €2,500 and gave it to O’Brien. Over the next couple of months, the woman continued to take out money for the men and give it to O’Brien, who was described as the money collector.

The deception eventually came to an end when a bank worker became concerned about the regular withdrawals and asked the woman what she was taking money out for. The woman was advised not to give the men any more money, but when she told O’Brien this, she was driven to another bank branch.

When this bank also refused to give out any more money, O’Brien took the woman to an ATM and got her to hand over more cash.

The woman became concerned that no work was being done on the roof and went to gardaí. She never got any of her money back, Garda Hoare said.

O’Brien was identified on CCTV footage and arrested in May 2020. He has over 70 previous convictions and is currently serving a sentence for a similar deception offence, the court heard.

Defence counsel, David Fleming BL, said O’Brien wished to apologise to his victim. He is doing well in custody and has retrained as a chef, the court heard.

Sentencing O’Brien on Friday, Judge Martin Nolan said it was a “particularly low crime”. He said O’Brien took advantage of a vulnerable woman and deceived her into handing over more than €30,000.

He handed down a four-and-a-half year sentence.