Girl awarded €61,000 after she was hit by car while on way to school 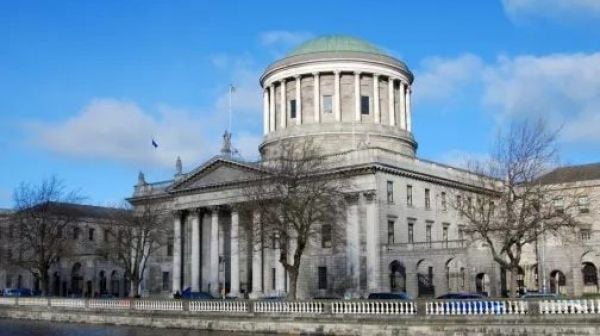 A High Court judge has awarded €61,000 in damages to a teenager who was hit by a car as she crossed the road on her way to school.

Mr Justice Paul Coffey found the 16-year-old’s primary injury from the 2019 accident was moderate post-traumatic stress disorder (PTSD), and he awarded damages at the very top of this bracket, as set out in the new personal injuries guidelines.

The girl, who is not being named, was wrongfully hit by a car driven by the defendant and fell onto the grass verge next to the footpath, said the judge.

As well as the psychological effects, she sustained minor injuries and has been left with a pale, white 13cm scar on her left thigh, about which she remains sensitive and embarrassed, he noted.

The case was before the court for assessment of damages only.

Counsel for the plaintiff had urged an award of between €40,000 to €50,000 for the girl’s PTSD, while lawyers for the defendant driver submitted the guidelines suggested €20,000.

Although the judge found the secondary school student’s PTSD had abated so she is now only mildly symptomatic, it “upended” almost every aspect of her life during “crucial” months of her development, he said.

In the months after the September 7th incident she suffered persistent nightmares, flashbacks, panic attacks and recurring thoughts of self-harm, the judge said, adding that she received counselling and will continue to need focused counselling going forward.

The past effects of the PTSD continue to be “potentially serious” for her into the future as they have caused demotivation in school and she has slipped from being an A/B student to achieving Ds, he said.

In his ruling, published on Friday, Mr Justice Coffey laid out how judges can depart from the new guidelines, which arose out of the Judicial Council Act 2019.

The guidelines seek to promote legal principles for the assessment and award of damages for personal injuries to achieve greater consistency in the amounts awarded.

Where a judge considers the justice of the case warrants an award above the level of damages “proposed” for a similar injury, he or she must state the reasons for so doing, Mr Justice Coffey said.

The reason for departing from the guidelines, which were adopted following a vote by the Judicial Council, must “not only be rational and cogent but also must be justifiable in the interests of justice” and in accordance with well-established legal principles.

“Where the proviso applies, […] it not merely allows but requires the trial judge to depart from the guidelines,” he said.

It should be “readily acknowledged”, he went on, that such a tension is unlikely to arise in straightforward cases where the injuries do not have atypical features and readily falls into categories defined in the guidelines.

He found the injuries of the girl, in this case, were classifiable under the guidelines.