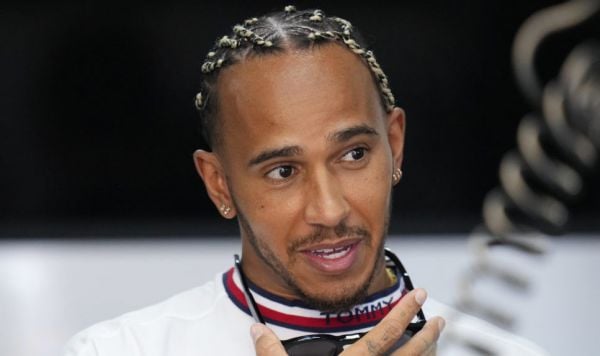 Lewis Hamilton faces a tall order to crown his 300th Grand Prix with victory after he finished a distant fifth in practice.

The 37-year-old will bring up his triple ton at Sunday’s French Grand Prix, becoming only the sixth Formula One driver to reach the landmark figure.

But the seven-time world champion, who has more wins, pole positions and podiums than any driver in the sport’s history, ended practice one second off the pace.

“We have a lot of work to do and a lot of ground to cover,” said Hamilton. “We are a little bit further behind here than we anticipated this weekend.

“The car is not spectacular and we don’t know why. It is lacking everywhere, just every corner.

“I was fifth so that is the region we will be fighting for. That doesn’t mean we cannot be on the podium, but we are still not as quick as the guys at the front, and we are a little bit further back than at the last race.

“But usually overnight we make a bit of a step forward, and hopefully that is the case again.”

Hamilton’s Mercedes team harboured high hopes for the 12th round of the campaign here in the scorching south of France heat.

A new floor, coupled with the smooth Circuit Paul Ricard asphalt, even led some within Mercedes to believe Hamilton could end both his, and the team’s, barren run by securing his 104th win.

And, although practice times have to be treated with caution as teams trial different set-ups, Mercedes look set to play third-fiddle to both Ferrari and Red Bull.

George Russell finished one place higher than Hamilton but was still three quarters of a second back.

“It is not where we want to be,” said Mercedes team principal Toto Wolff. “We are trying lots of parts, but we are just lacking the pace right now.

“It is early days, but the performance so far has been a bit underwhelming.”

Alarmingly for Hamilton, Raikkonen, Alonso, Barrichello, Schumacher and Button all failed to enter the winner’s circle after surpassing 300 appearances.

Hamilton himself has never been this deep into a season without standing on the top step of the podium.

And the British driver, whose contract with Mercedes expires at the end of next year, has already been cast 99 points adrift of Verstappen.

The Dutchman holds a 38-point advantage over Leclerc at the midway stage of the campaign.

But Leclerc’s comprehensive victory last time out in Austria and their speed here on Friday will provide the Monegasque with hope that Verstappen will not gallop to his second championship in as many years.

Indeed, the Red Bull driver was closer to the Mercedes machines than the men dressed in red, finishing the one-hour running 0.550 sec adrift of Sainz.

McLaren have brought more upgrades to France than any other team and Lando Norris finished an encouraging sixth and within a tenth of Hamilton.

Earlier, Hamilton sat out the first action of the weekend, with Mercedes’ reserve driver Nyck de Vries in the Briton’s machine.

Under F1 rules, all the grid’s 10 teams must run a rookie driver in first practice on two occasions this season, and the Formula E champion finished ninth, half-a-second behind Russell in the other Mercedes.