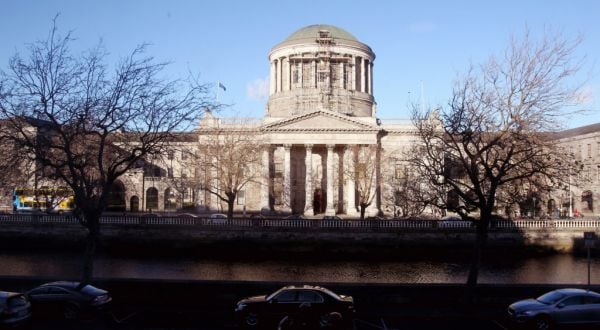 The operators of a logistics warehouse park in Co Meath have won a High Court challenge to a change to the county development plan which puts a road through land it owns.

Hickwell Ltd and Hickcastle Ltd, who own and operate The Hub Logistics Park, off the Kilbride Road in Dunboyne, next to the affected lands, brought the challenge against Meath County Council.

The logistics park is to the north of Bracetown Business Park and of the data centre campuses of Facebook/Runways and EngineNode.

The area hosts a limited number of ostensibly self-contained, though not functionally related, business campuses, all with their own existing access.

The council decided the road plan should be put in the development plan because it believed it was necessary and appropriate for there to be a road connecting all of the campuses.

Hickwell/Hickcastle claimed their future development was affected by the council’s decision to provide for a road which cuts across these lands at Bracetown/Gunnocks.

It was also in circumstances where development has already been partly implemented, the companies said.

They sought an order from the court quashing the council’s decision to rezone the land for the road, as well as declarations that it was a breach of its constitutional property rights.

The council opposed the application.

Mr Justice Richard Humphreys found the council’s reasons for the road to be inadequate in light of the new material in an expert report provided by Hickwell/Hickcastle.

The reasons given were erroneous on their face, he said, insofar as they stated the road was an objective of the plan.

There were no, or no adequate reasons given as to why the particular route chosen was selected as the indicative route.

The consequence of that was that it interfered with Hickwell/Hickcastle’s right to the peaceful enjoyment of their possessions under a protocol of the European Convention on Human Rights, he said.

The judge said the council had asked that in the event of any infirmity being found in its decision, it would like an opportunity to make submissions on the appropriate order for the court to make.

The judge agreed to that request.

In the event that the matter “may be progressed” through mediation or negotiation he said he would allow the parties to seek an adjournment next week of the process of finalising the court order.