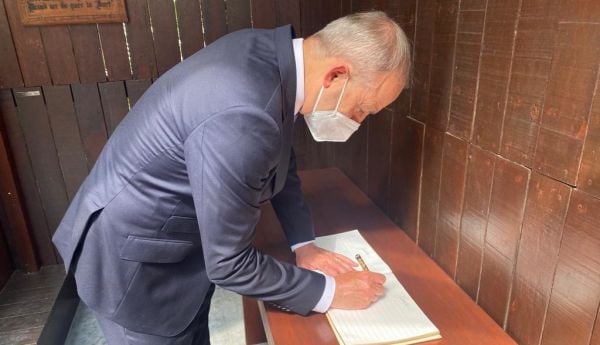 The Taoiseach has visited a Singapore prison camp where his uncle was detained for three years.

Micheál Martin visited Changi Prison Museum on Friday morning as part of his trip to the island city-state in southeast Asia.

Mr Martin signed the guest book at the museum saying it was a “moving and emotional” visit to the camp where his uncle Philip Martin spent three years as a prisoner of war after the fall of Singapore to the Japanese in 1942. 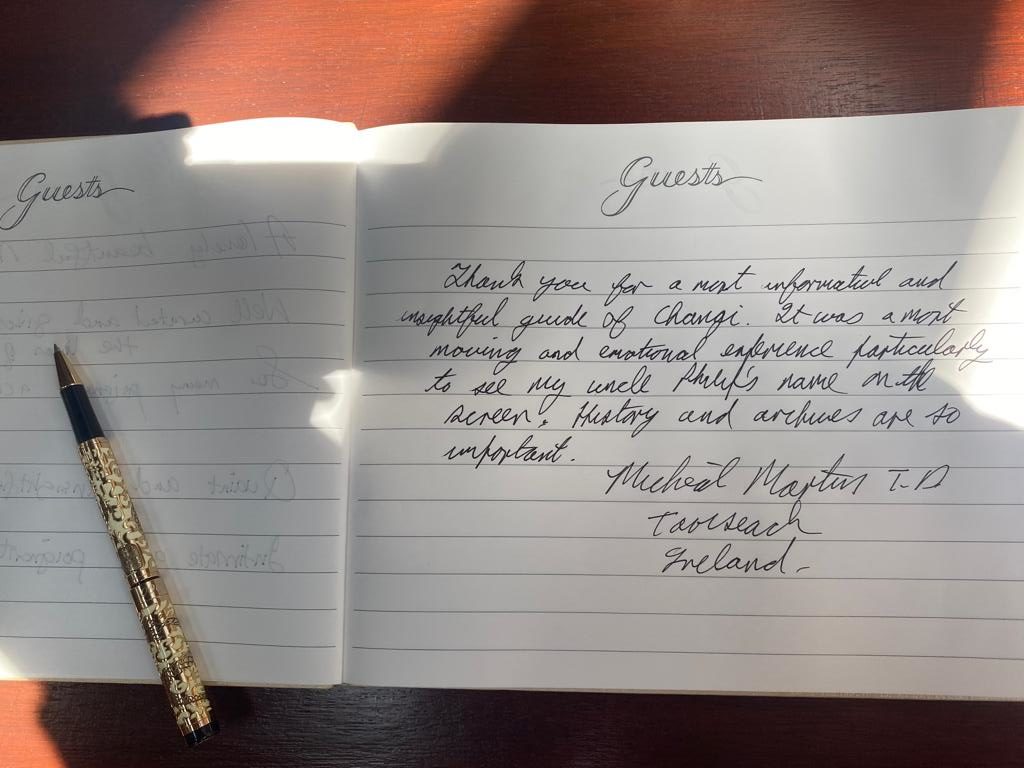 The message left by Micheál Martin in the Changi Museum guestbook

He told reporters afterwards that the visit gave context to the stories he had heard growing up.

“I’ve spoken to Philip’s daughters and heard stories of his experiences in terms of trying to survive,” he said.

“It was the story of many, many families – British, Australian, Irish – who got on the wrong side of the war as it were. It was a terrible war from that perspective.” 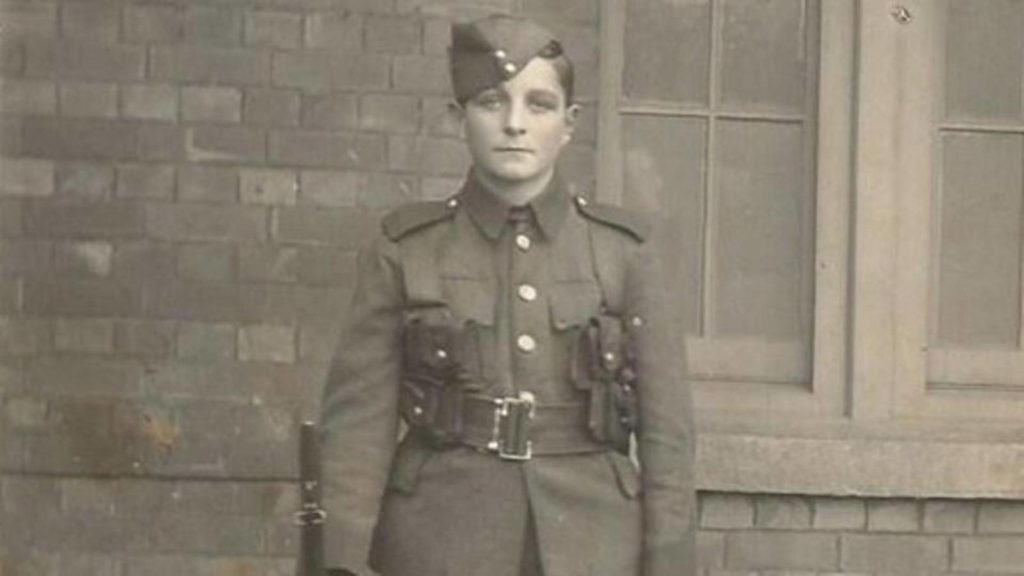 “There were four brothers and they all went different ways. My father joined the Irish Army, so there must be a stubborn streak there, because the other three brothers were in the British army,” Mr Martin said.

“Philip later served in the Middle East and was a football scout and sent good footballers the way of Nottingham Forest. He was a good soccer player himself and played with the British Combined Services.”

Philip Martin spent his life in England after the war, continuing to serve in the British army.

A good meeting with Irish Taoiseach @MichealMartinTD today. We talked about domestic & global developments, including the war in Ukraine & its impact on global energy markets, & addressed areas for further cooperation.🍀 – LHL https://t.co/MhRNRDoepP pic.twitter.com/xMUi8AGXAY

The two leaders discussed economic, cultural and political relations between Singapore and Ireland.

An hour-long bilateral meeting covered a wide range of issues, including the global response to Russia’s invasion of Ukraine, regional issues in Asia, EU-UK relations, and climate change. The leaders also spoke about Singapore’s death penalty and LGBT rights.

This was the first visit by a Taoiseach to Singapore since 2014.