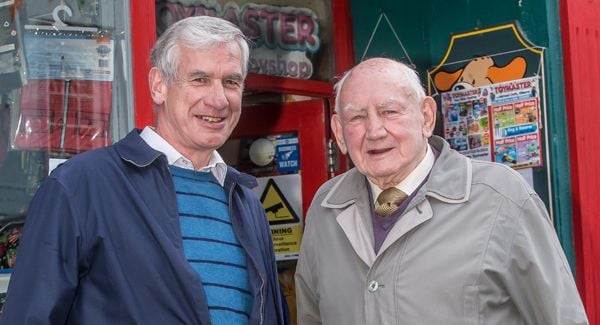 Mr Crotty was first elected to the Dáil in 1969, representing the Carlow-Kilkenny constituency which he served for over 20 years.

He also spent six terms as Mayor of Kilkenny.

Tánaiste Leo Varakdar extended his condolences to Mr Crotty’s family on Friday evening, describing him as a true public servant.

“Having served as a Councillor, Mayor of Kilkenny and TD for Carlow-Kilkenny, Kieran gave so much of his life to public service,” Mr Phelan said.

“He was an assiduous constituency worker, extremely dedicated to the people he represented right up until his retirement from politics in 1999.”

“Thanks to his efforts, a special helpline was established for social welfare representations to help TDs better serve their constituents.

“Kieran did a huge amount of good and will be sadly missed, especially here in Kilkenny.”