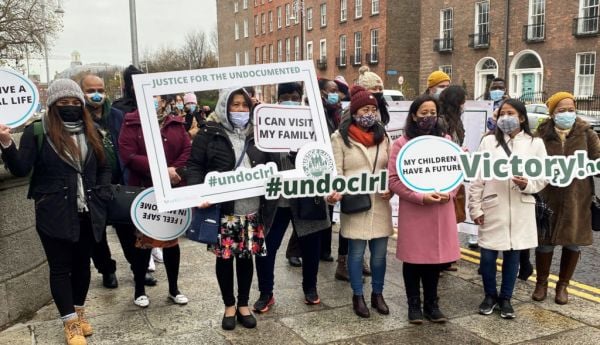 Undocumented migrants in Ireland eligible for a “once-in-a-generation” scheme have been urged to apply before next week’s deadline.

The Regularisation of Long Term Undocumented Migrants Scheme has received approximately 7,000 applications since it opened in January.

The once-off scheme, which closes to new applications on July 31st, gives long-term undocumented people without current permission to remain in Ireland the chance to regularise their status, access the labour market and begin their path to citizenship.

Successful applicants will have the chance to be able to work and get paid at least the minimum wage, get a driving licence, be permitted to visit other countries and return to Ireland.

According to the Irish Examiner, estimates suggest as many as 17,000 people could be eligible under the scheme, which is open to both individuals and families.

Just 1,300 people have seen their applications granted so far. None of the applications assessed so far were deemed unsuccessful or invalid.

Between this strand of the scheme and those engaged in the direct provision system, 2,300 applications have been approved.

Opening the scheme in January, Minister for Justice Helen McEntee called it a “once-in-a-generation” opportunity for long-term undocumented migrants and their family members living in Ireland.

“I firmly believe this scheme will improve the lives of thousands of people across the country who contribute to our society, enrich our culture and work in our economy but unfortunately still live in the legal shadows,” Ms McEntee said.

She added: “This scheme will provide an opportunity for those who meet its criteria to remain and reside in the State and to become part of mainstream Irish society rather than living on its margins.”

A study by the ESRI in May suggested the scheme could “significantly reduce the number of undocumented migrants living in Ireland”.

However, that same study said significant challenges would remain despite this policy, both for the undocumented who do not avail of the scheme and those who will be undocumented in the future.

“However, undocumented stays are likely to continue in the future,” he said. “Going forward, it is important that all efforts are made to avoid people falling into this vulnerable situation.

“Also, in cases where a migrant’s residence becomes undocumented, care should be taken to ensure they are not afraid to access basic services.”