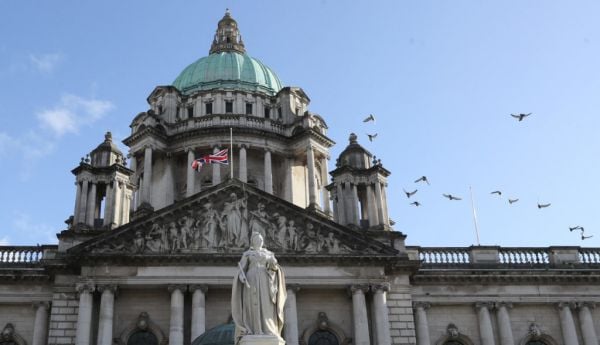 Belfast is on the verge of a public health emergency after a spate of deaths among the most vulnerable, an SDLP councillor said.

There have been 15 deaths of the most vulnerable in the city recently.

Paul McCusker has been working with the homeless for 10 years and said he has never seen as much despair and devastation on the streets.

He called an emergency meeting on Friday between the city council, Stormont departments and statutory agencies to discuss the recent increase in deaths among those impacted by homelessness and addiction.

“It’s a city in crisis and it’s coming to a stage where we’re going to have to call a public health emergency [because] so many people are dying in a very short space of time,” he told the BBC.

“Something needs to be done to step in to prevent more deaths and protect the most vulnerable in the city.”

Too many people have lost their lives on our streets! Enough is enough! It’s time for change! Please join us on Saturday! #timeforchange #everylifematters #homelessness #addiction #mentalhealth #peopleskitchenbelfast pic.twitter.com/XSfqUHNL1d

A march and demonstration is set for Belfast on Saturday afternoon to call for action from the government.

It is organised by The People’s Kitchen and homeless charities, backed by trade union Unite.

They said the death of a young woman took the recent number of homeless deaths to 15.

In a statement, Belfast City Council said Lord Mayor Tina Black hosted a meeting between councillors and representatives from the PSNI, Housing Executive, Belfast Trust, Department of Health, Department for Communities, Department of Justice and the Public Health Agency to discuss the situation.

Belfast can be a beacon of hope & compassion, delivering real change for vulnerable people pic.twitter.com/OdBp87xAFV

Ms Black said the council will continue to act as a city convenor to support the ongoing work of Stormont departments and statutory agencies to find solutions to address the complex issues associated with addiction and homelessness, and to end long-term homelessness in the city.

“At today’s meeting, the council and elected members reaffirmed their commitment to support the work of the relevant bodies in justice, health and communities to help those who are vulnerable and in need of support,” she said.

“Our union is encouraging others to join this march to demand action on homelessness,” she said.

“So far this year, there have been 15 deaths of homeless people on our streets; that toll is an indictment of Stormont.

“It is disgusting that in our society so many are brutalised by poverty, addiction and abuse and then just left to fend for themselves with little or no support.

“Fundamentally, we need to tackle the root cause of homelessness. We need public housing and fully funded, expanded NHS-run addiction and counselling services.

“Right now, we need immediate action. Stormont must act and deliver supported accommodation for all homeless people; in particular that they make good on the promise to vulnerable women who have been left with no options since the closure of Regina Coeli House.”