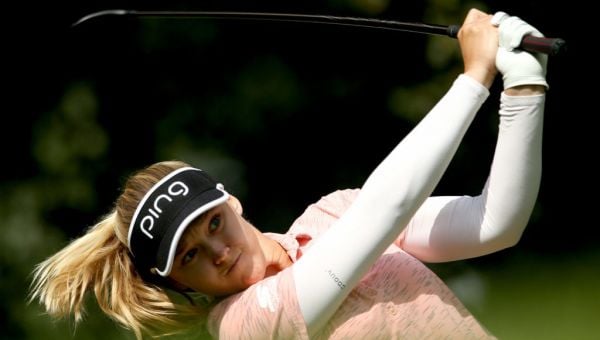 Canada’s Brooke Henderson will take a two-shot lead into the final round of the Amundi Evian Championship after shooting a three-under-par 68 on Saturday.

Henderson, who led by three overnight, recovered from a bogey on the first hole at the Evian Resort Golf Club with four birdies to move to 17 under par.

South Korea’s Ryu So-yeon climbed into outright second place on 15 under after signing for a 65 that included eight birdies and two bogeys.

.@BrookeHenderson carded four birdies in Round 3 of the @EvianChamp and sits atop of the leaderboard.

American Sophia Schubert was third on 13 under after a 66 with Spain’s Carlota Ciganda and another Korean, Kim Sei-young, a stroke further back.

Stephanie Meadow was best of the Irish after round three, shooting a level par round of 71, which keeps her on two-under-par and in a tie for 51st place.

Leona McGuire was four shots further back following her round of 74, leaving the Cavan native three-over for the day, two-over for the tournament and lying in a tie for 68th.

England’s Charley Hull was among a group of five players tied for sixth on 11 under that also included world number one Ko Jin-young and Nelly Korda.

Hull holed five birdies and an eagle in her 67 but suffered a double bogey on the sixth and dropped another shot on the 17th.