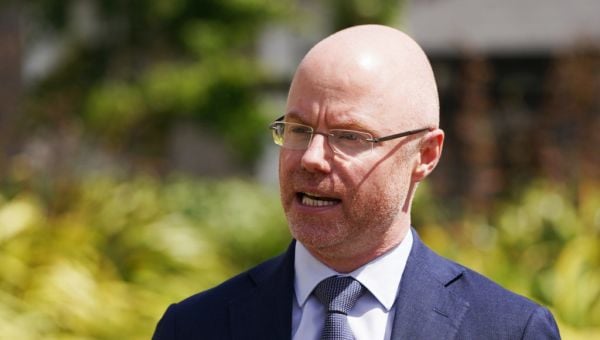 People aged 50 to 64 are to be offered a second Covid-19 booster vaccine dose this autumn under new recommendations.

Minister for Health Stephen Donnelly announced on Saturday that he had accepted the recommendations from the National Immunisation Advisory Committee (Niac).

They will see a large section of the population receive further vaccine doses in the coming months, although healthy people under 50 – unless pregnant or a healthcare worker – are not currently set to be offered another shot.

Under the Niac recommendations, a second mRNA booster jab will be rolled out to those aged 50 to 64, those aged 12 to 49 with an underlying condition or resident in a longterm care facility, healthcare workers, and pregnant women from 16 weeks.

Niac made the recommendations to interim chief medical officer Breda Smyth, who endorsed them before they were accepted by Mr Donnelly.

Mr Donnelly also noted a further recommendation that Covid-19 vaccines can be given at the same time as seasonal influenza vaccines.

It comes as health officials prepare for “a very significant flu season” this autumn, with an upsurge in both flu and Covid-19 infections expected during the colder months.

“What we’re planning for is a combination of an early flu season, a very significant flu season, together with a surge in Covid,” Mr Donnelly said earlier this week.