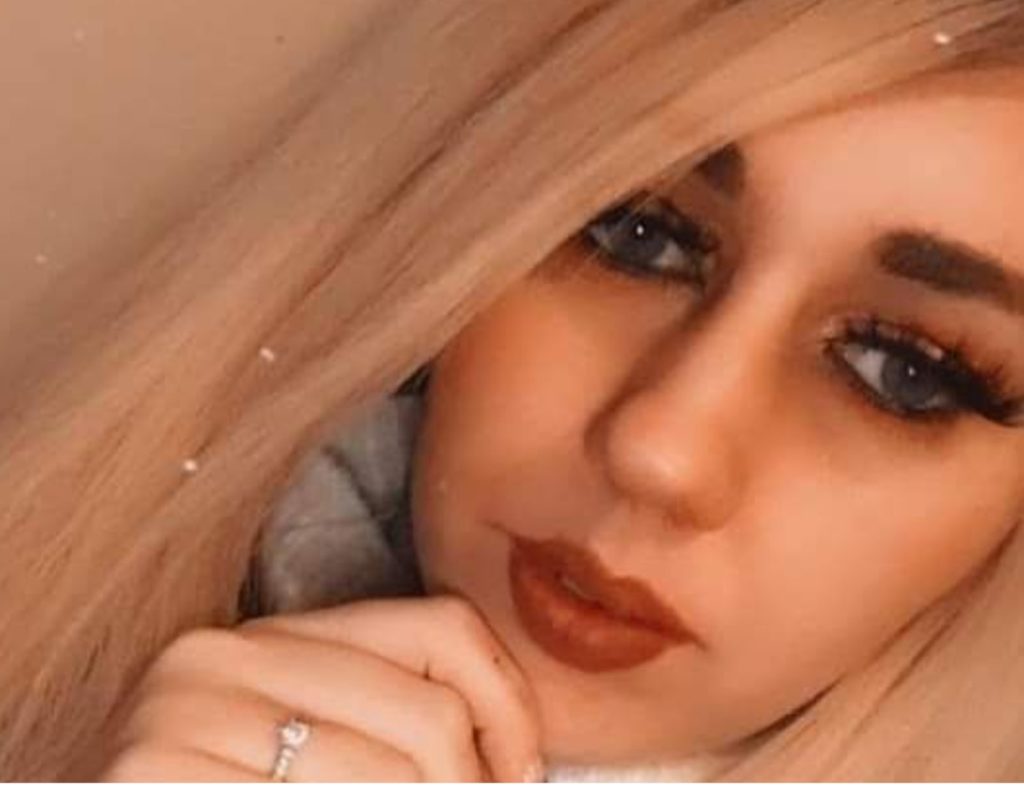 THERE was a profound sense of shock and regret in Carlow town and district at news of the unexpected death at her home on Friday 24 June of Tiffany Byrne, Leinster Crescent, Old Dublin Road.

Aged 32, Tiffany was the only daughter of Bobby and Sheila (née Dooley) Byrne from 134 New Oak Estate, Carlow. Tiffany had one sibling, her brother Robert (Rob), who lives in Melbourne.

Educated at Scoil Mhuire gan Smál and St Leo’s College, Tiffany was an excellent and popular student. After her school days, she went to work with Penneys in Carlow town. Tiffany spent 12 happy years working in Penneys, where she enjoyed the friendship of work colleagues and customers alike.

In the past few years, Tiffany had taken time out to re-evaluate her life and plan for the next stage in her career. Sadly, she was not given the opportunity to pursue those dreams, having been taken from the midst of her family and friends far too soon.

Following Tiffany’s passing, there was a message of tribute to his beloved sister from her brother Robert, who could not make it home from Australia for the obsequies. Robert’s words were read out during Tiffany’s funeral Mass in the Cathedral of the Assumption on Wednesday 29 June by Tiffany’s cousin Helena Byrne, who travelled from Co Clare to be with the family.

Robert acknowledged that it had been hard on Tiffany since he had moved Down Under.

His tribute continued: “You were always happy to see me when I can home to visit. I remember the day I told you that you were going to be an aunty – you were so, so happy. I’ll never forgot the first time you and Mammy came to Australia to meet Cooper (Robert’s son). The smile on your face was of a proud aunty. You honestly loved him with all your heart from that moment on.”

Robert said that while Missy – the pet name for Tiffany within the Byrne family circle – didn’t get to spend much time with Cooper, due to the massive distance between the families, he always loved his Aunty Tiff.

The tribute continued: “Even though you won’t get to meet your new nephew, I know you will always be looking over my two boys.”

Robert recalled their mother Sheila telling him that when she (Missy) was a baby, he was a very over-protective brother. “And when your aunt Julie used to take you for walks in your pram, I would cry and try to kick the legs off Julie. I wouldn’t let anyone take you! Now I find myself again crying because you have been taken.”

In conclusion, Rob stated: “You will always be my little sister and words cannot describe how much I will miss you.”

In a tribute to Tiffany on behalf of Tiffany’s parents, also delivered by cousin Helena, she informed the congregation that the name Missy “suited Tiffany’s glamorous personality and her attitude towards others, which was one of respect and loyalty for all. We have lost our baby girl”.

She said that Tiffany was well known, popular and highly regarded within the local community.

Helena extended the Byrne family’s sincere thanks to all for the support, prayers and kindness of the general public, close neighbours and friends, who called and were so supportive at a time of grief and loss. On behalf of the Byrne family, Helena thanked funeral director Marc Carpenter for his professionalism.

Helena concluded: “From our hearts, we thank you all.”

In her own tribute, Helena said Tiffany played an important part in her life.

“She was plus-one and my wing woman when having a night out in Carlow. Tiffany had such an exuberant spirit, which she shared with everyone here today. She loved people, and people loved her.

“And it’s that exuberant spirit that I would like to share with you today. The stories ye have all shared the last few days have kept us all laughing through this tough time. She loved the craic, like the time we won a €100 bet in my home town, as a dare.

“Tiffany would have loved to be here, stuck in the middle of it, having the laughs and slagging each other.

“It’s no surprise the number of people who have shown up in the last few days. This means a lot to Tiffany’s family – Robert, Sheila and Robert Jnr. They can’t express how much they have appreciated all the messages they have received over the last few days.

“Sincere thanks to those who called to the house with refreshments, who texted and who have kept the Byrnes in your thoughts and prayers. Your support has been overwhelming and greatly appreciated.”

Tiffany reposed in Carpenter’s Funeral Home, Barrack Street on Tuesday 28 June, when prayers were led that evening by Fr Thomas O’Byrne, Adm, Carlow. Her remains were removed to the Cathedral of the Assumption on Wednesday morning, where Fr O’Byrne celebrated Tiffany’s funeral Mass.

The wonderful singing of hymns was by Marie Cashin, with organist Claire Cashin.

Following Mass, Tiffany was laid to rest in St Mary’s Cemetery, with Fr O’Byrne reciting the final prayers at the graveside.

The very large turnout for the obsequies was reflective of the popularity in which Tiffany was held. There was representation by former army colleagues of her dad Bobby, as well as by her former Penneys work colleagues, school friends, her neighbours and wide circle of friends.

Tiffany is deeply mourned by her parents Bobby and Sheila, brother Robert, his partner Allison and their son Cooper in Australia, her partner Aaron and his extended family, her nana Kathleen Byrne (New Oak Estate), her aunties, uncles, cousins, relatives and her many good friends and neighbours.

Tiffany’s dad Bobby said that the Byrne family wished to thank everyone for the level of support provided to them following Tiffany’s sudden passing, including neighbours and friends, while he extended thanks to the people who sent messages of sympathy.