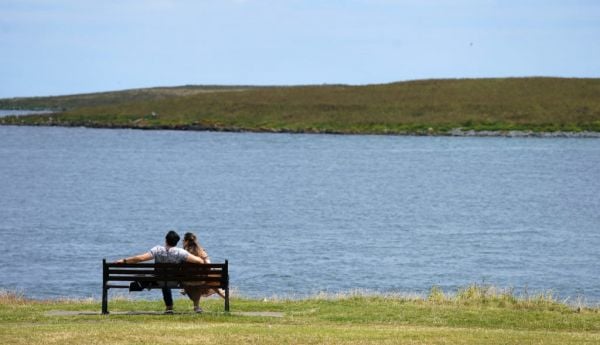 Warm summer weather is expected to return next week after a weekend of rain across Ireland.

Temperatures will be up again this weekend, especially in the south and east with expected highs of 24 degrees Celsius.

However, heavy rain will cross the country on Saturday. Downpours with thunder and lightning are forecast over Donegal and the North. Heavy showers are expected again on Sunday along with daytime temperatures of 22 degrees.

After this weekend, two periods of hot and sunny weather are expected. The first is from Tuesday into next weekend. By the end of the week there will be temperatures of 25 degrees in many parts of the country.

There will be a brief breakdown next weekend before hot weather returns the following week with a high pressure area expected to bring a prolonged good spell of weather for the early weeks of August.

“There is a good signal of high pressure building in for the first week of August. It looks like it could be established over us for a while,” Met Éireann forecaster Paul Downes told The Irish Times.

“It looks like quite a substantial high. It looks like high pressure is going to make a go of it again,” he said.

This follows a brief but intense heatwave that brought record-breaking temperatures across the country. Phoenix Park recorded the second-highest temperature ever in Ireland on Monday with a high of 33.3 degrees.