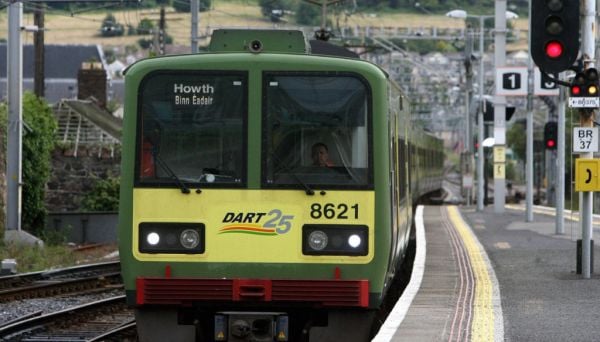 Trains in and out of Bray were brought to a standstill on Sunday, with the delay attributed to passengers “forcing open doors and trespassing on the line”.

Irish Rail has since reopened the line into the Co Wicklow town, with gardaí and emergency services attending the scene of the incident near Bray train station.

It came as the Bray Air Show and the All-Ireland football final caused an influx of passengers in and out of the Greater Dublin Area.

Barry Kenny, spokesperson for Irish Rail, said the actions of a “small group” of passengers caused an initial delay of five minutes to escalate into one lasting up to an hour.

“A Dart that was awaiting a clear platform was waiting there for just over five minutes and unfortunately a group pushed open a set of doors and jumped onto the track,” he told Newstalk radio.

“Because people were on the track, this meant that trains in both directions were stopped.

“It caused other people to do the same and indeed on a following Dart.”