Misinformation and complacency among drivers of vaccine hesitancy, study finds 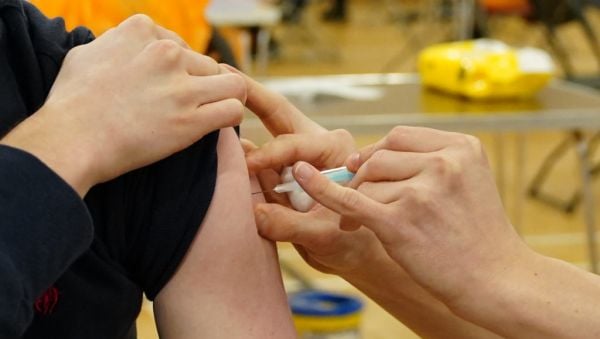 Confidence, convenience and complacency have been highlighted as three of the main factors influencing vaccine hesitancy in a recent study carried out by Dublin City University (DCU).

One of the project’s collaborators, DCU lecturer in science and health communications Barbara Gormley, says fear was often behind people’s hesitancy towards vaccines.

Among the research’s focus group, which included parents, primary caregivers, Early Learning Educators and outreach workers, all said they had vaccinated their children, however, concern over what could happen their child if they were not vaccinated was a major motivating factor in their decision.

Ms Gormley says many participants said they still had questions and concerns over vaccination, which some described as “niggling doubts”.

The findings have contributed to the ‘Voices for Vaccine’ project, which seeks to “use parents’ voices to counteract false and misleading vaccine information and promote vaccine uptake among peers”.

Ms Gormley adds that providing trustworthy, clear and easily accessible information was vital to the project, noting that a number of the study’s participants said parent WhatsApp group chats were their “go-to” source for vaccine information.

The ‘Voices for Vaccines’ messages, which address common myths about vaccines, are among the materials on the About Vaccines website, alongside resources for educators and healthcare professionals on how to approach the topic of vaccines with people who may be unsure.

Ms Gormley acknowledges that a pandemic such as Covid-19 is a “minefield situation for myths and untruths to take hold”, but the rise of social media has opened the floodgates for the circulation of misinformation and disinformation about vaccines online.

This spread of false information was further exasperated by the speed at which official guidance was changing, as experts were forced to learn and adapt as the situation progressed due to Covid-19 being a novel virus which had not previously been recorded.

“We know that one of the big drivers of vaccine hesitancy is sourcing misinformation and disinformation online which can influence people,” Ms Gormley says.

“People also don’t like quick changes, it’s hard to keep up, and that’s a huge challenge in communicating during a health crisis situation.

“Disinformation has been around for a long, long time, but social media has just highlighted that,” she adds.

The issue of complacency has also been identified as an emerging trend in vaccine hesitancy studies.

While older generations may have had the same concerns and questions regarding vaccines, the near-eradication of preventable illness, such as Polio, Rubella and Measles, may in the past have served as proof that the benefits outweighed their fears.

However, Ms Gormely says the success of these vaccine campaigns has resulted in some of the population becoming complacent, believing that vaccination against these illnesses is no longer important.

“People don’t perceive the risk of vaccine-preventable diseases as being high, they perceive it as low. And one of the reasons for that is the success of vaccine campaigns,” she explains.

“People sometimes go ‘oh well, everyone else is vaccinated, I don’t need to’, but say for measles, you need that 95 per cent uptake to get protective, endemic immunity.”

This point has been echoed by the UN, which recently said the Covid-19 pandemic was behind the “largest backslide in childhood vaccination in a generation“, as large and disruptive measles outbreaks have been recorded in countries such as Yemen and Afghanistan in recent months.

Overall, Ms Gormley says the research uncovered “a lot of positives”, most notably that participants sought out information from people they trusted, such as their local pharmacists or GP, with many changing their mind on vaccination as a result of these conversations.

“A lot of the people got their children vaccinated because they had access to accurate and trustworthy information,” she says, stressing the importance of resources like the About Vaccines website.

“[The study participants] wanted to be directed towards the right information. They want things to be clear and straightforward, and packaged in a way they want to see,” she adds.

“In this country, vaccination is a choice. That was one of the reasons why the uptake for vaccines in Ireland was done so well.