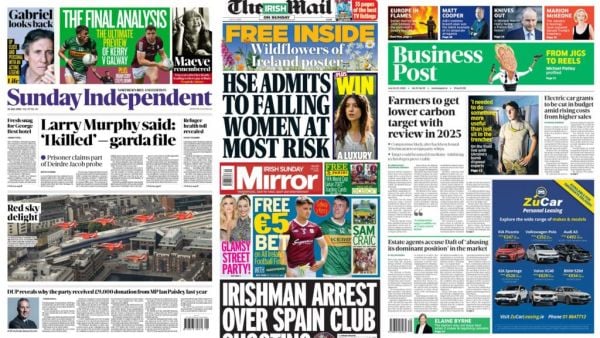 The Business Post reports that farmers will be assigned a lower short-term carbon emissions target, a compromise move after backbench rural TDs threatened to resign their party whips. 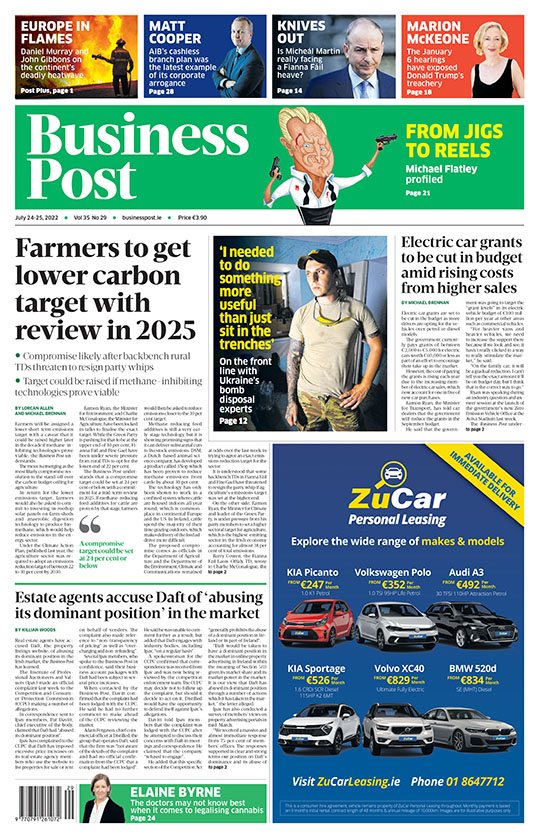 A second prisoner has claimed convicted rapist Larry Murphy admitted to “killing” and discussed hiding places in the Dublin Mountains, according to the Sunday Independent. 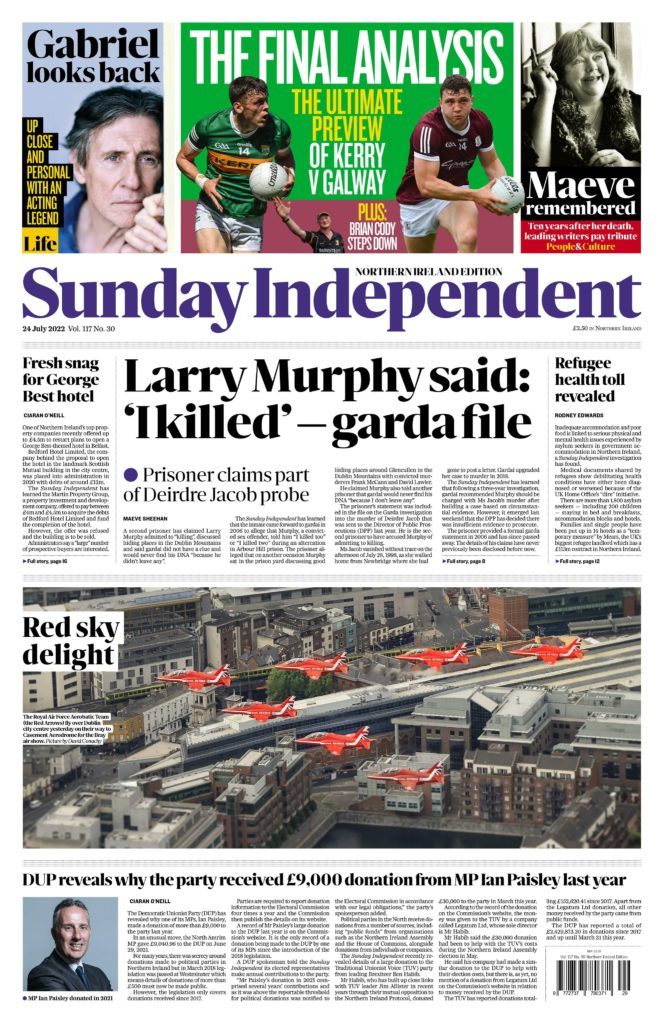 The Irish Mail on Sunday leads with the revelation that women with a cancer-causing gene can wait up to four years for vital surgery. 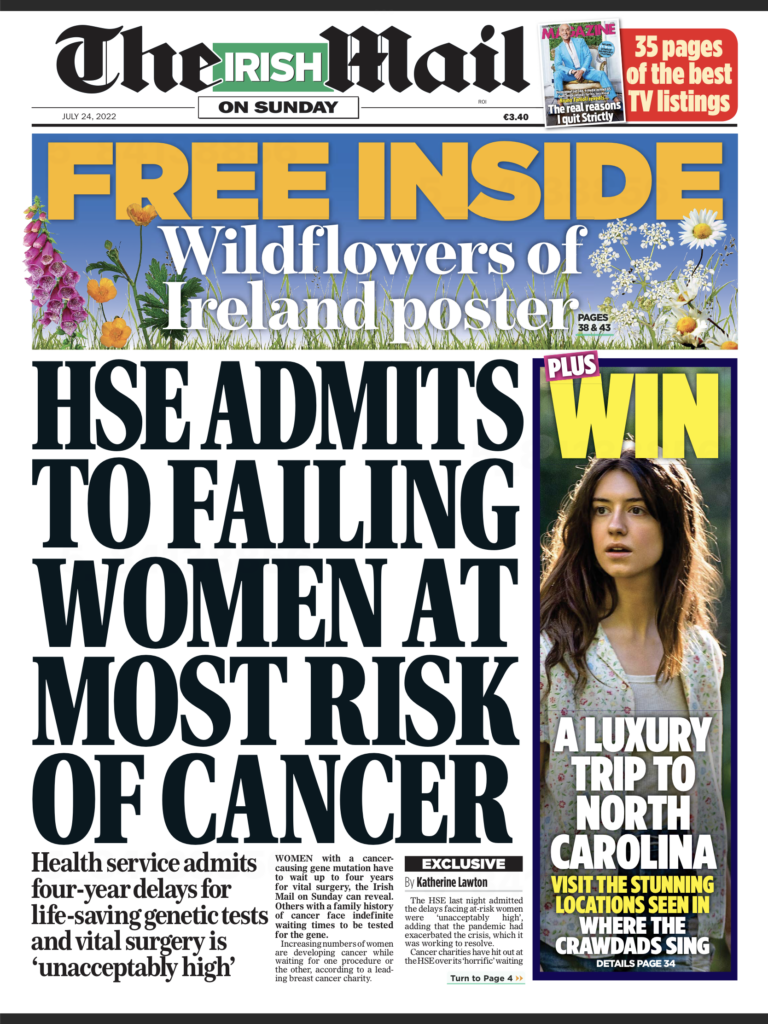 The Irish Sunday Mirror reports that a 34-year-old Irishman shot in a nightclub in Marbella, Spain, has been charged with aggravated wounding. 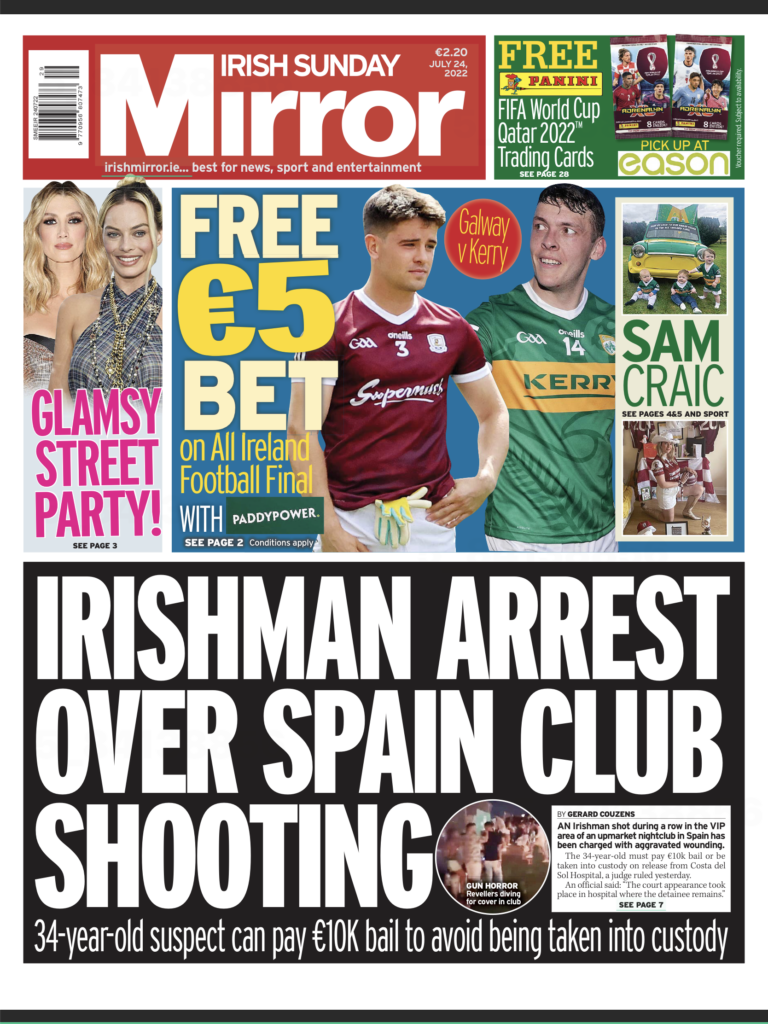 BBC radio presenter Stephen Nolan is suing a business consultant from Newry over comments made on Twitter, the Sunday Life reports. 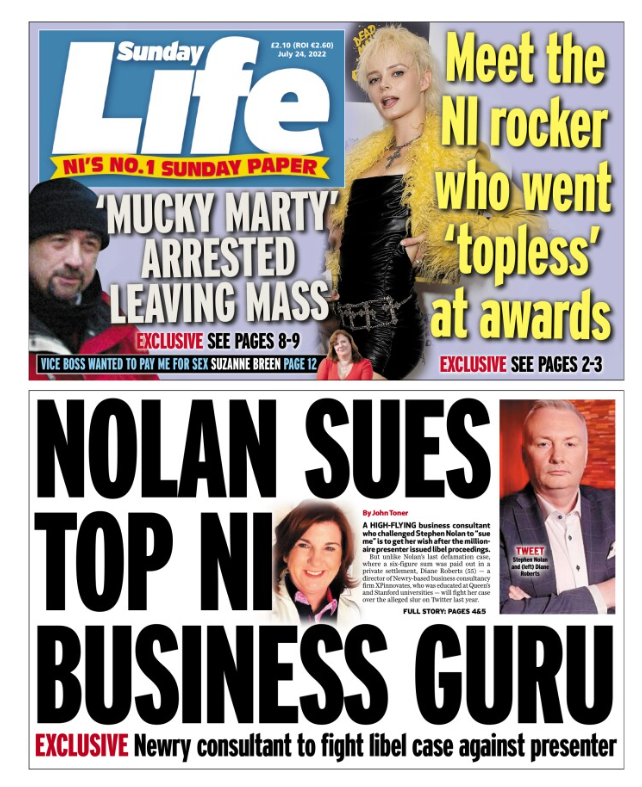 The British papers are led by the former finance minister’s promise to toughen up UK policy on migrants.

The Daily Telegraph reports Rishi Sunak has vowed to introduce an annual cap on the number of refugees.

‘Sunak: I would cap number of refugees’#TomorrowsPapersToday

The Independent says there has been a backlash to Mr Sunak’s “hardline plans”.

Elsewhere, The Observer leads with British tourists being warned that travel chaos will be the “new normal” as post-Brexit border struggles are blamed for lengthy delays.

The Sunday Times carries a warning that full-time GP roles are “no longer feasible” as data suggests nearly a fifth of GPs work an average of only 26 hours a week.

SUNDAY TIMES: ‘It is no longer feasible to be a full-time GP’ #TomorrowsPapersToday pic.twitter.com/wOzlb0gDmo

NHS staff are selling holiday days to make ends meet, according to the Sunday Mirror.

Sunday People leads with concerns over a shortfall in the UK military.

Sunday Express carries comments from the outgoing Prime Minister Boris Johnson, who says he will continue to work for people “until the famous black door closes behind me for the final time”.

And the Daily Star Sunday leads with expert claims Britain’s summer is set to be the hottest in 125,000 years.