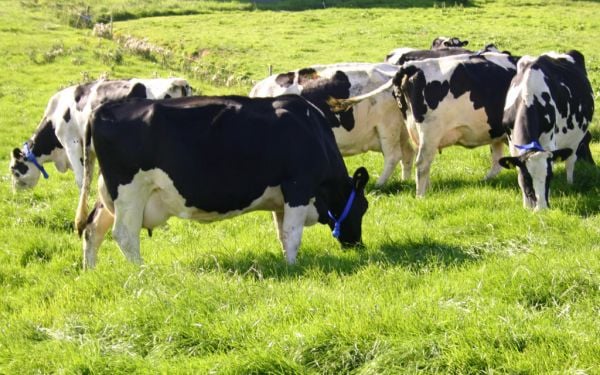 The supposed “battle between cows and climate protection” needs to end now, according to a Fine Gael TD.

John Paul Phelan and five of his party colleagues are calling for cuts to agricultural emissions to remain at the “lower end of the scale”, and not at the full 30 per cent proposed by the Green Party.

Ministers are holding more talks this week in a bid to finalise the issue.

Speaking to Newstalk, Deputy Phelan said farmers and people in rural communities are being painted as the problem.

“So much of the media coverage in the last week or so has pitted it as a battle between cows and climate protection.”

He said people in rural Ireland are “fed up with the finger being pointed at them, especially from those in power who can change things.”

It comes as the president of the Irish Farmers Association (IFA), Tim Cullinan, said there are a lot of measures which can be implemented to reduce greenhouse emissions before the national herd has to be reduced.

The agriculture sector has to be protected, he told Newstalk Breakfast, adding that if production is stabilised and technological advances are introduced then methane reduction targets could be reached.

There are thousands of jobs “up and down the country” at risk, as well as the economic and social fabric of the country, he said.

There were options to be considered, Mr Cullinan said, however, if farmers were to introduce measures such as using renewable energy and other technological advances, then the agriculture sector would need to get credit for such savings, not other sectors.

“If farmers are willing to invest in technology then they should get credit.”

He added that his job was to protect farmers. The sector would work to reach emission reduction targets, he said, adding he did not like talking about “red lines”.

“We all have to play our part. Common sense has to prevail.”