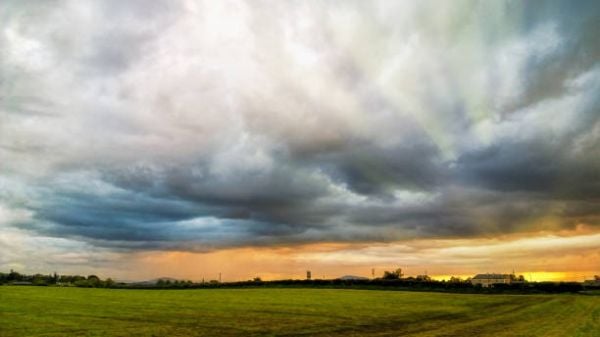 The father of a three-year-old boy who died in a tragic accident at his Co Limerick home last week, told his cherished son’s funeral mass Monday, that he had given their family the “happiest” of memories.

Little Pádraig Denis Cunningham died at University Hospital Limerick from injuries sustained when he was struck by a vehicle at his home, in Kilcoora South, Broadford, last Friday.

Hundreds of mourners from across the north Munster hinterlands of Broadford, Killeedy and Newmarket, stood in silence outside St Ita’s Church, Raheenagh, to remember the happy-go-lucky little farmer who it was heard, was taken from his family and friends far too soon.

In an emotional tribute to his only son, Robert Cunningham wept as he told how Pádraig (3) loved country life, especially farming.

“Pádraig’s love for cows, farming and machinery were obvious to all, but his greatest love was for his sisters and family,” said Mr Cunningham.

“We were the happiest family you could ever imagine, and we were lucky enough that we knew it. We thanked God every night, for our four beautiful children, but our lives are now changed forever,” he continued.

The congregation applauded Mr Cunningham as he concluded, thanking their neighbours, friends, and family “for your help and support”.

Mourners standing outside the church and listening on loudspeakers also wept and consoled one another in saying goodbye to their young neighbour and friend.

Earlier, parish priest, Fr John Keating, told the Mass of the Angels ceremony that the “sad occasion” had brought the community together in grief.

“Pádraig’s life was very a short one, but we are thankful for the short time he was with us. Even though his life was short it was not without meaning, and we appreciate it all the more because it was so short,” said Fr Keating.

“Some children in life have lasted a few hours, days, and for others a few years. We feel he did not realise his full potential and that deepens our sorrow, but we don’t love a child for their achievements we love them for themselves, and Pádraig received that love in abundance from his parents, Denise and Robert, and his family.”

“In praying for Pádraig, I suppose you can also pray to him, because it is our belief that the gates of heaven are left wide open for one so young, and while we loose sight of his physical presence here on earth, you all gain a little friend in heaven,” Fr Keating said.

“No doubt he left you with many memories and messages of life and love, which you will take with you through your own lives, from the great outpouring of love for him since the day he came into the world, which brought you all closer.”

“His time among us was a grace-filled time, and even though his parting is painful, he has enriched the lives of all who came into contact with him — he was a real treasure, a treasure of hope.”

Survived by his parents, and three sisters Áine, Maebh and Clodagh, Pádraig Cunningham was later laid to rest in Killeedy Cemetery.