Coast Guard and RNLI attend 1,100 incidents so far this year 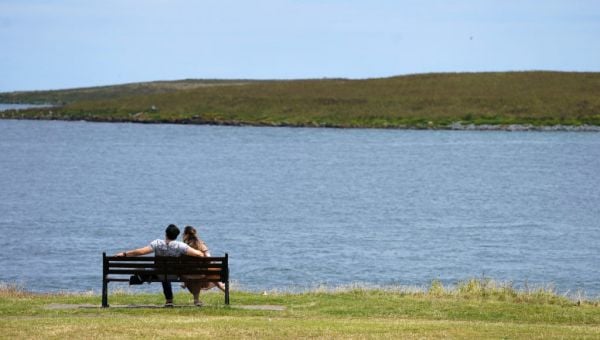 The Irish Coast Guard and RNLI have been tasked to 1,100 incidents so far this year.

The Coast Guard co-ordinated the response to 1,500 incidents including inland, coastal and offshore, with volunteer units attending more than 1,100 incidents.

One was the rescue of a lone yachtsman from an overturned boat yacht 70 miles off the south-west coast.

Minister for Transport Hildegarde Naughton thanked all the search and rescue services, particularly volunteers, and also urged the public to be aware of the importance of water safety.

She was speaking on World Drowning Prevention Day, and said too many people have suffered from the tragedy of lives lost to drowning.

“We all have a role to play, be it on the water or on the coast, in practising some basic safety measures,” she said.

Ms Naughton joined the Irish Coast Guard in appealing to the public to follow water safety advice, and above all else to be attentive to their own personal safety.

The Irish Coast Guard is supporting this year’s campaign by Irish Water Safety which asks the public to “Do One Thing”, such as: learn one water safety skill; share one piece of water safety advice; change one mind around water safety; or be the one who takes responsibility for water safety.

Yesterday evening a casualty was recovered from his upturned catamaran by Baltimore RNLI and then airlifted by the Waterford helicopter. R117 transferred the sailor to CUH. The skipper is understood to be in good spirits after his ordeal. #IRCGhttps://t.co/jDxxUCkJ8C

Ms Naughton said 40 per cent of the population live within 5km of the coast but the majority of drownings happen inland.

“Drownings often happen quickly and silently with 80 per cent of drownings occurring within the home county of the victim,” she said.

“We are asking the public today to be aware of the importance of water safety, to educate themselves and their families and to ‘Do One Thing’, whether that’s learning a new water safety skill or sharing your knowledge with someone else. We can all play a role in highlighting drowning prevention.

“I want to thank all of our search and rescue services and in particular our volunteer members, including Irish Coast Guard volunteers, RNLI and community inshore rescue boats.

“So far this year, the Coast Guard has co-ordinated the response to 1,500 incidents including inland, coastal and offshore.

“As an example of this work, in a mission involving Coast Guard helicopters and an RNLI lifeboat, a lone yachtsman was recovered from an overturned yacht some 70 miles off the coast.

“Coast Guard and RNLI personnel have responded to several incidents involving people becoming isolated on coastal areas with which they were not familiar.

“Volunteer Coast Guard and RNLI units have been tasked to over 1,100 incidents so far this year. Remember all of these services, including our Coast Guard helicopter service, are on duty round the clock.”