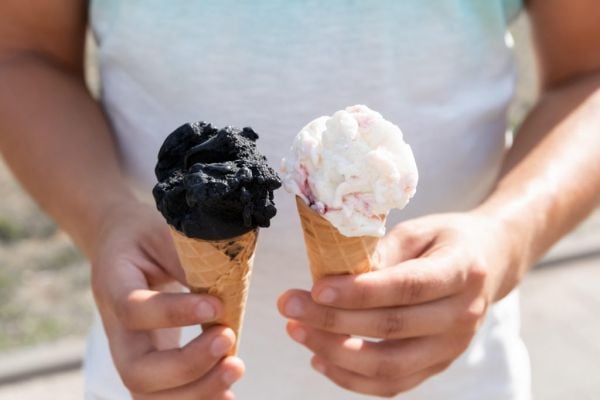 A judge has imposed a 10-year prison term on a drug dealer who used to make his living selling whipped ice cream to children from his ice-cream van.

At Ennis Circuit Court, Judge Francis Comerford said it would not be unjust to impose the mandatory minimum 10-year prison term under drugs legislation on Limerick man Paul Collopy (47).

Judge Comerford imposed the term after gardaí caught Collopy of Childers Road, Cloughleigh, Ennis “red-handed” with €50,780 worth of cannabis on the grounds of Carnelly House, near the village of Clarecastle on April 16th, 2021.

Judge Comerford backdated the sentence to April 2021 when Collopy was first brought into Garda custody.

Imposing the prison term, Judge Comerford said Collopy was involved in drug dealing “at a significant level of expertise”.

He said “a very grave aggravating factor” was that Collopy was serving three separate suspended sentences when committing the offence in April 2021.

The judge said Collopy had made himself a target of the local drugs unit by returning to drug dealing within one year of being released from prison for a drug dealing offence.

Previously at Ennis Circuit Court in 2016, Collopy received a six-year prison term with the final two years suspended after he pleaded guilty to the possession of €26,796 worth of heroin in a coffee jar with intent to supply on November 22nd, 2015 at Ballycoree, Ennis.

At that court, Collopy also pleaded guilty to possession of a ‘tick-list’ or a list of drug users who owed him money. The total amount owed to Collopy amounted to €37,920.

From “a good family” in Limerick, Collopy used to have two ice-cream vans on the road before he returned to the drugs scene in the middle of the last decade.

In court concerning the new drugs offence, Det Garda Paul Heaslip of the Clare Divisional Drugs Unit described Collopy as “one of the leading players” involved in the large sale and supply of drugs in the area.

Det Heaslip said that Collopy was “a target” of the Clare Divisional Drugs Unit and was involved in “a sophisticated and well-resourced operation”, adding that he “actively recruits for the purpose of committing drug trafficking crimes”.

Counsel for Collopy objected to the evidence that he “actively recruits” as it did not appear in the Book of Evidence and “opinion” evidence could not be challenged.

Det Heaslip said that gardaí found a large freezer bag of cannabis under the root of a tree on the grounds of Carnelly House and gardaí then waited on April 16th, 2021 to see if anyone would come for the drugs.

Det Heaslip said armed support members took up observation points and, along with colleagues from the drugs unit, witnessed Collopy come to the root of the tree to retrieve the drugs at around 4pm on April 16th, 2021.

He said that a search of Collopy’s car on the date found a nutri-bullet blender, zip lock bags, large refuse bags, mobile phones and cling film.

“All of those items taken together are part and parcel of a drug operation,” he said.

Collopy entered “a very, very late guilty plea” to the sale and supply of the cannabis and entered the plea before his trial for the offence was due to commence at Ennis Circuit Court earlier this month.