Hundreds of endangered Natterjack toadlets released into the wild in Kerry 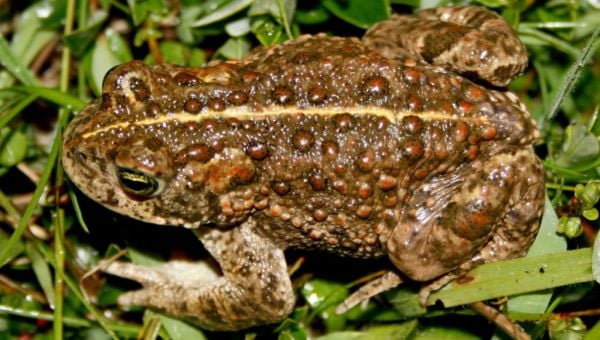 Almost 500 endangered Natterjack toadlets have been released into the wild in Co Kerry, including ones bred in captivity for the first time.

The toadlets were released at Castlegregory on Monday with the help of the local community.

The spawning of many in captivity was hailed as a major milestone in a joint conservation project to protect the endangered toad species between the National Parks and Wildlife Service (NPWS) and Fota Wildlife Park.

“Captive rearing plays an important role in the conservation of this unique and endangered amphibian and, through these efforts, over 6,000 individuals have been successfully released into the wild to date,” a statement from the Department of Housing, Local Government and Heritage said.

“Natterjacks endure natural mortality rates as high as 90 per cent, with large numbers of eggs and tadpoles typically lost every summer due to predators and ponds drying out.”

It added that 2022 had been a “particularly challenging” year for the toads, with a dry spring and summer meaning that spawning in the wild was very limited.

Through the conservation project, staff from the NPWS collected toad spawn and tadpoles from ponds in the wild and transported them to Fota, where they were carefully looked after in special holding tanks over the summer months.

For the first time, the project also produced its own toadlets this year. A small number of mature Natterjacks are being held in Fota and these produced spawn, providing a timely boost to the conservation efforts to save the species.

“The Natterjack is a boom or bust species,” said Dr Ferdia Marnell, amphibian specialist in the NPWS who has been overseeing the project. “And this year was not one of the good ones. The captive rearing ensures that some eggs do make it through to toadlets every year and that is particularly important in dry years like this.”

Minister for Heritage Malcolm Noonan, who was in Castlegregory on Monday morning to see the toadlets being returned to the wild, described the project as “a fantastic example of scientists, conservationists and communities coming together to protect this rare amphibian and the habitat it depends on.”

“This will pay farmers to manage their land in a way that helps ensure the conservation of this endangered species, and I hope that everyone will get involved.”

The natural range of the Natterjack toad is restricted to the coastal zones of Castlemaine Harbour and Castlegregory in Co Kerry. The species suffered significant losses in range and population in the early 20th century due to land reclamation and changes in agricultural practises in these areas.

Latest estimates put the population at less than 10,000 individuals in the wild. As a result, the Natterjack toad is considered to be endangered in Ireland and is protected under the EU’s Habitats Directive.