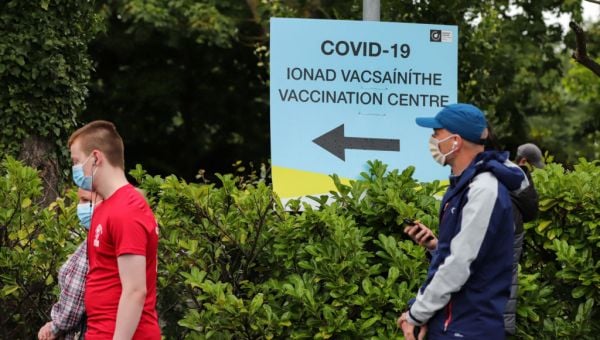 Professor of Immunology Paul Moynagh has expressed confusion about the timing of the expansion of the booster campaign to people under the age of 65.

While the booster made sense for the over 65s as it gives added protection, the question now was what was going to be achieved by extending the campaign and going for repeated boosters.

“When we talk about younger age groups, for me it was a little bit of a surprise, the timing, because we’re just coming off a wave.

“The question is what are we trying to achieve now with extending and going for these repeated boosters”, he told RTÉ Radio’s Morning Ireland.

“Are we trying to stop waves?” he asked, adding research has shown that the the RNA vaccines do not work as well on the present wave of the BA5 variant in terms of protecting against infection and mild illness. However, he said they do continue to protect very well against serious illness.

“It’s really in terms of what we’re trying to achieve and are we using the right vaccines,” he said.

Prof Moyna added that the European Medicines Agency (EMA) is currently looking at a new vaccine called Bivaline, which he said “is a mix of the original vaccine that we currently use and an Omicron specific one”, with a decision due to September.

“The question really is, are we going to continue to go down the road of boosting every three to four months and whether that’s going to be effective, or are we seeing diminishing returns with these repeated boostings.”

Prof Moynagh said that as we move into the winter it is difficult to say what variant we would be exposed to.

“The variant that has constituted most of the wave that we’ve just seen is BA5. RNA vaccines don’t do a good job fighting infection, so should we be looking at other vaccines, other technologies?

“There are a number of clinical trials with nasal vaccines with the hope that they will protect against transmission. There are a lot of questions there about coping with a potential wave in the winter months,” he said.

With regard to people not taking up the vaccine, Prof Moynagh urged caution: “We need to be careful and humble in terms of what we expect of these vaccines.

“They were designed to protect us against serious illness – they’ve done that job and they continue to do that job. It’s very difficult to come up with a vaccine that protects against transmission and protects against infection.

“The other problem is, do we continue to vaccinate with this original vaccine or should we look at updated forms of the vaccine?

“That’s a key question because in some vaccines, for example the HPV vaccine, it has had to be updated as we see reduced protection against newly emerging strains of the virus and that is a possibility we need to be aware of that.”