‘Lack of truth’ from man who claims he was injured on Ryanair flight, court hears 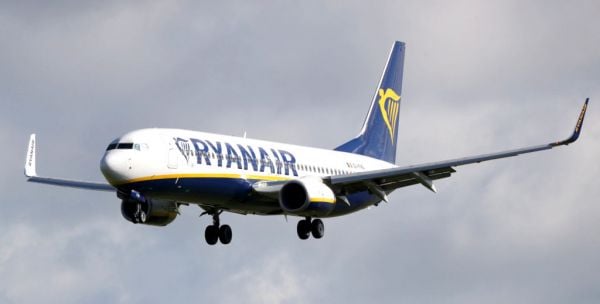 A 37-year-old chef who claimed he had been badly injured on a Ryanair flight from Leeds to Dublin adopted a “simulated disability” after the incident, the Circuit Civil Court has heard.

Abdullah Qasim, who was rushed to Beaumont Hospital by a waiting ambulance after the flight landed at Dublin Airport, told Judge Sarah Berkeley that flight attendants had “crashed” a food and drinks trolley into his right knee injuring his leg, hips and lower back.

He has visited his GP 150 times and had 35 physiotherapy treatments.

When Mr Qasim’s case experienced turbulence during cross-examination by barrister Kevin D’Arcy, defence counsel for Ryanair, the judge stated she had counted more than 20 inconsistencies in Mr Qasim’s evidence with regard to the incident and his injuries.

Allowing Mr Qasim’s legal team time to privately explain the developing situation to their client, the judge was told he now wished to withdraw his case which had earlier been transferred from the High Court to the Circuit Court with unlimited jurisdiction.

Judge Berkeley, who said the court was about to see a CCTV recording of the incident which might make matters worse for Mr Qasim, awarded costs against him.

The court had heard from a medical report by a consultant on behalf of Ryanair that Mr Qasim, who had moved from his home in Drogheda since the accident to Bradford in England, had been covertly recorded walking with and without the aid of a crutch.

He had also been videoed preparing pizza meals at a Bradford takeaway.

Gavin McHugh, consultant orthopaedic surgeon, stated that from a video he had seen there was no evidence of any significant painful limp that Mr Qasim had demonstrated when he had walked into his surgery for an examination on behalf of Ryanair.

Dr McHugh reported there was clearly a lack of truth in his presentation as evidenced by the discrepancy in lumber spine flexion testing and the “simulated disability” he had adopted and which could, in no way, relate to the relatively minor accident on the Ryanair flight in February 2015.

Judge Berkeley awarded costs against Mr Qasim after he had withdrawn his claim.