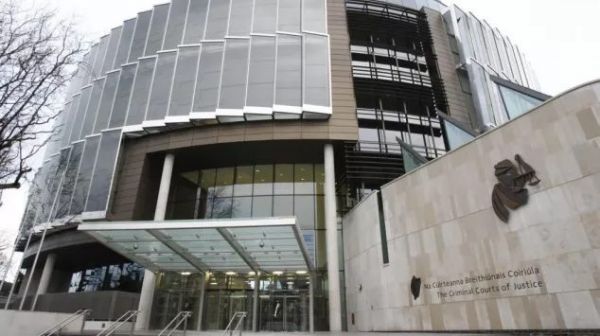 Dublin Circuit Criminal Court heard on Monday that Makamda failed to leave the country as required after being released in January 2022 and has since accrued two convictions for failing to notify gardaí of his address as required for registration under the Sex Offenders Act.

Taking the stand, Makamda told the court he had been waiting for gardaí to return his wallet and phone. Gardaí said Makamda did not have these in his possession when originally arrested.

Garda Ruth Finnegan said the Garda National Immigration Bureau had attempted to make several appointments with Makamda to assist him in leaving the country, but the information he gave them was incorrect and they do not know his nationality. He has been in custody since June.

His defence counsel, Keith Spencer BL, told the court Makamda was willing to leave the country.

“I am sure he is willing to leave now”, said Judge Melanie Greally, before reactivating the entire two and a half year suspended portion of the sentence

“I was not aware when I suspended such a significant part of the sentence on one simple condition that it was a condition that would be so difficult to implement,” she said. “I don’t believe he has made any genuine effort to comply.”

She noted he has accrued further convictions and said he had no intention of complying with any other conditions attached.

“I am quite satisfied there was an intentional decision on his part not to comply with the order,” said Judge Greally. She ordered the sentence to run from today’s date.

Makamda, formerly with an address at Viking House, Coffee House Lane, The Quay, Waterford, had pleaded guilty at to sexual assault, false imprisonment and robbery at Adare Lane, Dublin on April 16th, 2018. Judge Greally originally sentenced him in March 2019.

During the revocation hearing on Monday, Garda Finnegan told Elva Duffy BL, prosecuting, that he was released on January 13th, 2022 and arrested ten days later after failing to give details pursuant to the Sex Offenders Act. He was remanded in custody until March at that stage.

He was re-arrested in April, received a backdated two-month sentence for failing to notify gardaí and was released in May. He was arrested again on June 28th. She said GNIB also attempted to assist him in leaving the jurisdiction.

The garda told Mr Spencer that while Makamda was initially arrested 10 days after his release, he did have 14 clear days at a later point when released from custody to leave the jurisdiction as required.

Garda Finnegan said they did not know his nationality. He has stated he is Angolan, but the Angolan embassy has said that is not correct.