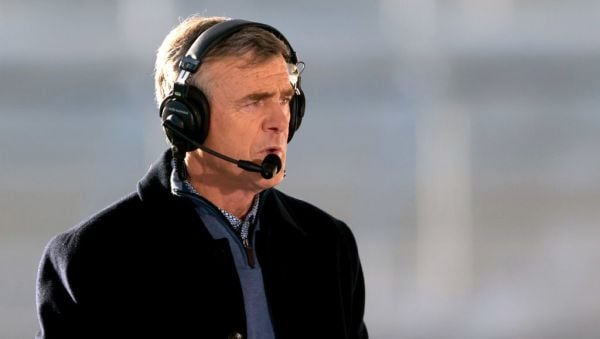 Meath legend Colm O’Rourke is to become the county’s next senior football manager.

As the Irish Examiner reports, O’Rourke had recently distanced himself from replacing Andy McEntee but the two-time All-Ireland manager has been proposed for the role. Stephen Bray and Barry Callaghan are to be his selectors.

Part of the statement on the Meath official website read: “The Management Committee of Meath GAA have recommended that Colm O’Rourke be put before the County Committee for ratification as Meath Senior Football manager.”

The 64-year-old guided Simonstown Gaels for two Meath senior football finals in 2003 and ‘04 before bringing them to back-to-back titles in 2016 and ‘17.

Three-time All-Star and long-time RTÉ pundit O’Rourke was manager of the International Rules team in 1998 and ‘99. He had been linked with the Meath position on several occasions in the past.

Only recently, the St Patrick’s Classical School principal rejected the idea of taking the role: “I did actually go for the Meath job on three occasions in the past and even somebody as stupid as I am would get the hint that when you’re told ‘No’ on three occasions, I think that should put it to bed.”

“My beautiful wife Patricia has a very negative view towards managing the county team and with good reason when you see the upshot of Andy McEntee going and the social media abuse than has taken place.

“People who put in enormous time at their own expense – it’s not like Pep Guardiola getting £15m a year – and then being subjected to that sort of thing by unnamed people. I can’t understand how, in a society, we can allow people to abuse others without having given their name and address. It’s just a shocking indictment of society in general,” he said.