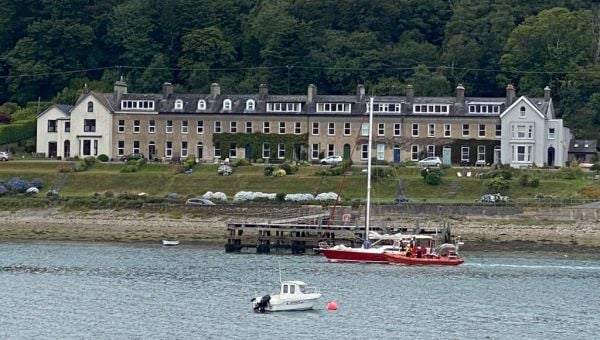 A 13-metre yacht with three crew on board have been rescued off the Coast of Cork on Monday.

Crosshaven RNLI lifeboat was requested to launch shortly before noon to assist the steel hulled yacht on passage from Youghal to Crosshaven.

The vessel ran into difficulty with North Westerly wind blowing over 25 knots along with a one to two metre sea running.

Susanne Deane boarded the yacht and organised the lines for the tow, before the vessel was brought to Crosshaven Boatyard, where she was safely berthed.

The lifeboat returned to station, was washed down, refuelled and declared ready for service once more at 1.15pm.