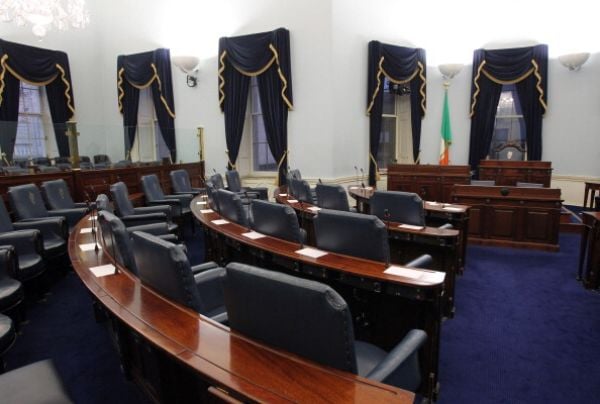 The Seanad is asking for people from all traditions to submit their views and ideas about the island’s constitutional future.

Although all submissions are welcomed by the committee, the views of young people from all communities; the lessons from referenda held in other jurisdictions, such as Scotland’s independence referendum; and the challenges ahead – including reconciliation and subvention to Northern Ireland – have been specifically sought by the committee.

Individuals, interested groups and organisations are invited to make submissions on the constitutional future of the island of Ireland, with a particular mention for unionists’ views on what constitutional arrangement they think should be in place.

“The committee encourages people from all traditions and opinions to lend their voices to this process and welcomes the voices of the Unionist community and their vision for the future,” a statement said.

This could include civic unionism arguing why Northern Ireland should remain in the United Kingdom, and a discussion on who would be eligible to vote if a border poll were to be called.

Members of the public and the experts who make written submissions on the topics may be invited by the committee to attend hearings in the Seanad in the autumn.

Three days of hearings will be held in the Seanad chamber on September 30th, October 7th and November 4th. The sessions will be broken into two sessions, with the morning sessions focusing on the views of young people and experts.

The afternoon sessions will listen to the views of communities; consider the policy challenges and opportunities in the years ahead; and the Government departments’ analysis on the criteria for a border poll.

The Committee will then publish a report where it intends to list its findings and make recommendations.

The views are being sought in the context of greater debate about a border poll being held in Ireland in the near future, particularly in the aftermath of Brexit and an expected shift in demographics in Northern Ireland.

A Lord Ashcroft poll published in December found that 85 per cent of Northern Ireland voters thought there would be a united Ireland referendum in the future.

Despite the majority of Unionists thinking there should never be a border poll, seven in 10 said they thought it would happen, with 23 per cent answering that they expected a referendum within the next decade.

The chair of the Seanad, Fianna Fáil senator Mark Daly, will be the Rapporteur for the Seanad Public Consultation Committee, and there will be eight members of the committee.

One of the members, Sinn Féin Senator Niall O Donnghaile, said that “pertinent” issues such as the economy, environment, education, social issues and healthcare would be discussed.

“We are also encouraging the broadest possible input from communities, including our unionist neighbours,” he said.

“I would encourage any and all interested groups and individuals to make submissions to our work.

“This is a growing conversation and this is a crucial opportunity to make your voice heard about Ireland’s constitutional future.”

Similar policy work is being carried out by the Joint Committee on the Implementation of the Good Friday Agreement, and by the Department of the Taoiseach’s Shared Island Unit.